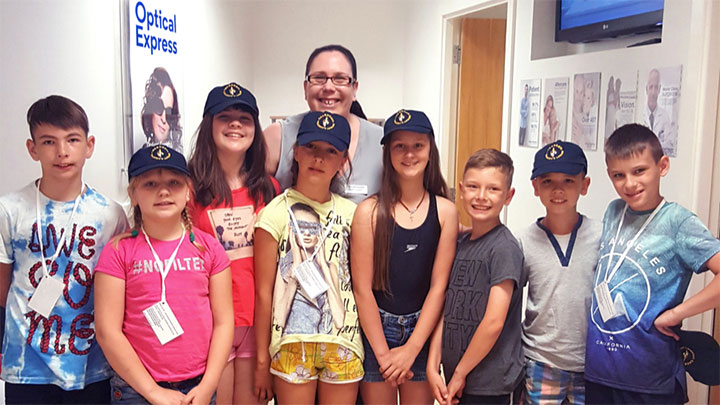 A group of children affected by the Chernobyl disaster have received free sight tests and spectacles during a visit to the UK.

The eight children are currently staying with families in Maidstone as part of a four week recuperative programme, during which they attended a local Optical Express practice.

The children come from contaminated areas in Belarus, only 20–30km from the blast site. With the 1986 nuclear power plant blast continuing to contaminate the area, many children and their families from Ukraine and Belarus are unable to afford basic healthcare and go on to develop severe health issues.

The free eye care during their stay was arranged between the practice's assistant manager, Marie Chapman, and the Chernobyl Children's Lifeline charity.

The Chernobyl Children’s Lifeline’s Gwen Wood said: "We are delighted to partner with Optical Express for another year to help the children who potentially suffer from medical illnesses and vision impairments as a result of this fallout. It is important that every child has the right to healthcare and this continued support will make a huge difference to the children’s lives."