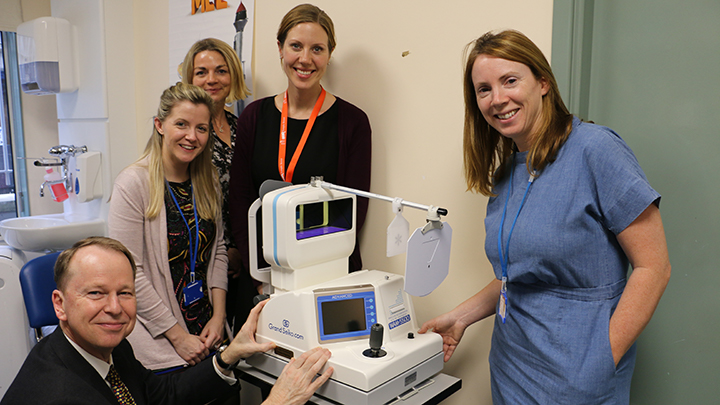 High Street multiple Vision Express has made a €14,000 donation of optical equipment to a children's hospital in Ireland.

Pledging the open field auto-refractors to Temple Street Children's Hospital in Dublin, the multiple also announced that its mobile sight testing unit, the Vision Van, would make its debut trip to the Irish capital to offer free eye examinations to members of the public this month.

Staff from eight Vision Express branches across Ireland hosted a range of fundraising activities, including a free MOT on spectacles, in order to raise the funds needed to purchase the open field auto-refractors.

Grateful for the donation, the ophthalmology team at the hospital, which treats children with developmental problems such as Down’s syndrome, has said that the new equipment will provide it with “more accurate insights into how children's vision is working – which was previously a major barrier because it wasn't possible to measure both eyes simultaneously."

Consultant paediatric ophthalmologist at Temple Street, Ian Flitcroff, explained: “Standard devices for measuring refraction involve testing one eye at a time, which just isn’t how our eyes work when we are using them day-to-day. While it’s troublesome in adults, it’s a huge issue when testing children.”

Reflecting on the donation, he added: “The new open field auto-refractors allow us to get accurate measurements of how eyes are focusing. As well as being more accurate, they are also more child-friendly. They will make a huge difference and are particularly groundbreaking for diagnosing sight correction for children with Down’s syndrome.”

Temple Street Hospital treats over 145,000 sick children annually, and has been a charity partner of Vision Express since 2013.