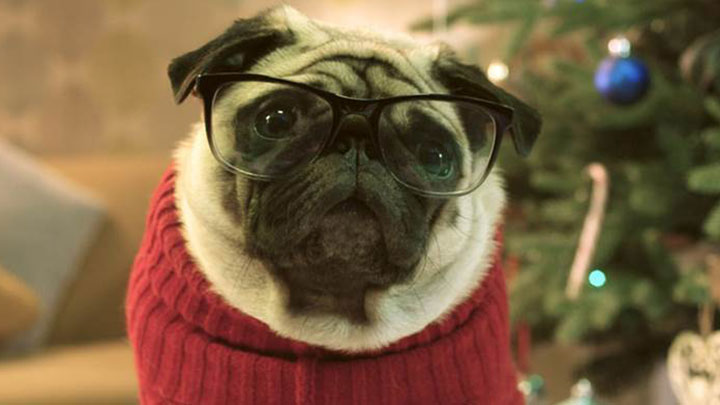 The eighty-second advert welcomes back the company’s mascot, Gizmo the pug, who featured in its first-ever Christmas campaign last year.

Produced by Bespoke Film and Communications, the Gizmo Saves Christmas advert explores the theme of festive neighbourhood rivalry, as well as the topic of being a cat or a dog person.

“Our first Christmas advert last year was mentioned alongside the likes of John Lewis and Sainsburys which was phenomenal and we therefore knew we had to bring Gizmo back this year and make the new campaign even more fun, playful and exciting for our audience.”

Vision Direct’s 2015 Christmas campaign was viewed more than one million times via YouTube and Facebook, on which it received more than 8000 shares.