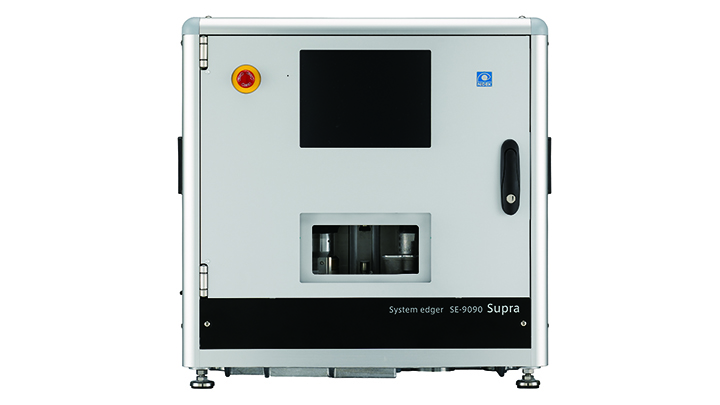 Birmingham Optical is celebrating its 70th installation into High Street lens laboratories of the ‘Nidek SE-9090,’ one of the fastest wet-cut lens edgers in the world.

The milestone is significant for the company as the edger was re-invented for use away from mass production laboratories and into high-volume retail premises.

According to Birmingham Optical, for over 15 years the ‘Nidek SE-9090’ has been used in almost all large glazing production facilities throughout the UK and is now making an impact in retail opticians who have in-store glazing.

One customer, director at Specsavers in Hastings, Robert Lofting, said: “To say we’re happy would be a massive understatement. The new ‘Nidek SE-9090’ is unreal and the difference is night and day.

“It’s made such a massive improvement to an already efficient laboratory. In its first month it clocked up around 8,000 lenses. It could do so many more. We love it.”

The latest, fourth-generation ‘SE-9090’ device features new technology because of the continuous research and development being done by its Japanese creator, Nidek.

Due to the device’s unique twin grinding wheels on the lens edger, speed and versatility are prominent benefits, along with the elimination of ‘lens drag’ and the problems this can cause. The twin wheels grind in opposing directions at the same time, eliminating axis shift throughout the edging process. This means that high- curve lenses are processed with ease, as are lenses that require auto-grooving.

The ‘SE-9090’ can be used in conjunction with various Nidek automated systems, enabling the device to grow with the practitioner’s business.

Birmingham Optical highlights that, with many High Street retailers now using the ‘SE-9090’ solely as a bench top edger, another popular configuration is to couple the edger with the ‘pick and place’ lens system ‘Nidek RHU-1000,’ known as ‘the Robot.’

When placed together, practitioners can load 10 pairs of lenses and with no human intervention, they will be loaded to the edger, edged as required and unloaded within 25 minutes.

With the 70th ‘SE-9090’ being installed into an optical retailer, a total of 120 devices are already used throughout the UK laboratory network.

“The key consideration of all those that invest in this system is the versatility of the edger. Many buy the ‘SE-9090’ knowing they can simply add on the ‘RHU-1000’ ‘pick and place’ device when their business growth dictates the need.”

He highlighted: “I believe the success of this Nidek system has been down to providing an edging package that has a small footprint, speed without the compromise of quality, and with many automated configurations to support any future increase in the capacity requirement of the client.

“It is also very cost efficient. We are very proud to be in a position to offer such great options,” concluded Mr Singh.

Birmingham Optical has a support hotline for the ‘Nidek SE-9090.’ Ongoing training is also available.