Optometrists attend a clinical skills workshop for MECS and glaucoma, with a similar event is expected to be held in London shortly 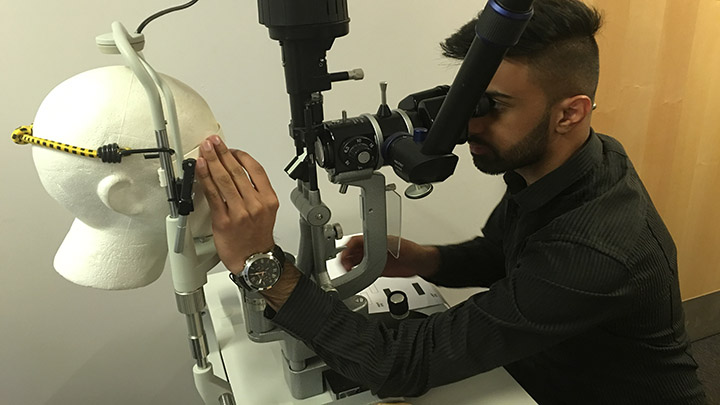 Hosted at the University of Manchester and funded by Specsavers, the one-day workshop was open to all practitioners, regardless of their place of work, and was attended by optometrists from the independent and multiple sectors.

Both workshops were run by Kevin Liu, head of enhanced optical services for Specsavers and optometric director of the multiple’s Sale and Altrincham stores, who was supported by WOPEC assessors.

The workshops were designed to be a good refresher of clinical skills, as well as an aid to practitioners preparing for their Level 2 WOPEC OSCEs for both MECS and glaucoma Mr Liu said, adding: “The feedback from delegates was extremely positive.”

Highlighting the benefits of attending the workshops, director of optometry advancement at Specsavers, Paul Morris, said: “It can be quite daunting to sit OSCEs at any point in your career, but especially so if you have been in practice for a while and not undertaken any kind of assessment for a few years. We wanted to give optometrists the opportunity to brush up their skills in a safe environment with the benefit of expert advice and guidance.”

Specsavers confirmed that it will fund a similar event in London shortly.