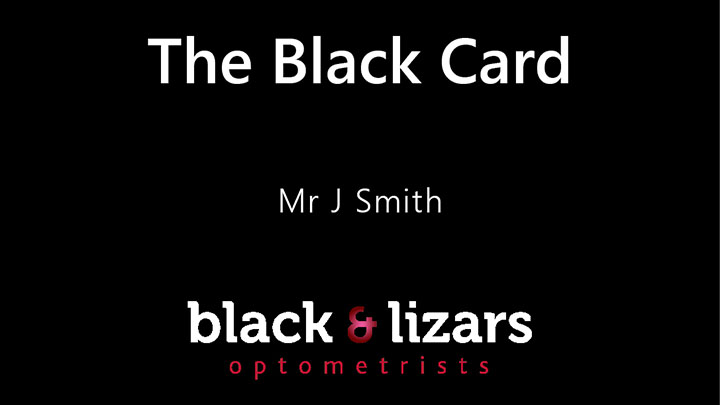 Black & Lizars has announced plans to roll-out a patient loyalty card across its portfolio of 24 practices in Scotland and one in Belfast.

Called the ‘Black Card,’ the group states that card holders will benefit from special price offers, as well as no add-on charges for advanced imaging.

The roll-out of the card across the group’s portfolio follows a trial period in two of its Glasgow-based practices in Giffnock and Milngavie. During this trial period, the card was used by 300 patients since October 2015, the opticians confirmed.

Forming part of a wider customer benefits scheme, the card was offered exclusive access to appointments with Black & Lizar’s principal optometrist, Colin Black. However, he will continue to see younger patients under NHS terms.

Speaking about the loyalty card, newly-appointed managing director of Black & Lizars, Michelle Le Prevost, said: “Black & Lizars has always been in the vanguard of the quest for excellence in eye care services and the ‘Black Card’ is a logical extension of that ambition.”

She added: “The company is and always has been a strong supporter of NHS-funded care, but we would like to provide care to our loyal and valued patients without limitations, and the ‘Black Card’ will help us to do that.”