Optical Express launches film ‘to debunk myths’ about the operation 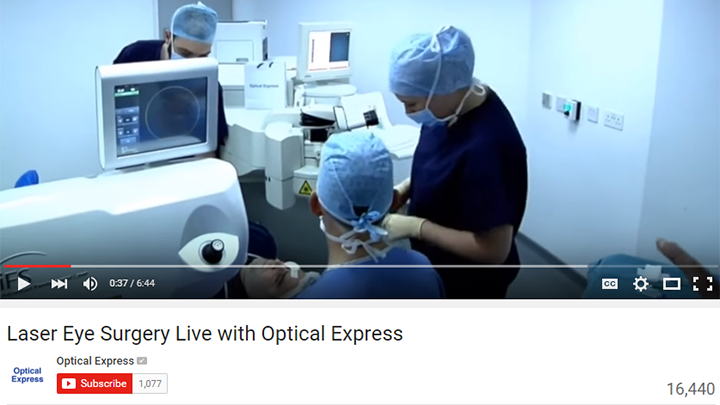 Optical Express has released a video of live surgery to ‘debunk myths’ about laser eye treatment that top golfer Rory McIlroy would have experienced having undergone the procedure.

Setting his sights on more major wins this year, the Irishman underwent laser eye surgery towards the end of 2015.

Other professionals including Tiger Woods, Lee Westwood, Padraig Harrington and Reteif Goosen have all improved their game by having laser eye surgery, which has caused some controversy.

Releasing the video of a live laser surgery, the multiple said that, although it is the most common elective surgical procedure in the world, few people know what is actually involved, apart from those who have experienced it.

The whole surgical process is complete in less than seven minutes and the results are instant. The patient is required to take antiseptic eye drops for a couple of days afterward, but vision is expected to settle to 20/20 shortly afterwards.

Dr Schallhorn said: “Good eye skills are crucial to being a good golfer. Hand-eye coordination, peripheral awareness and depth perception are all dependent on good eye sight and essential for improving your game.”

He added: “From tee to green, golfers use their full range of vision, so being short or long-sighted can dramatically hinder a players’ game. Most golfers that have surgery see the dramatic improvement in their short game and ability to read greens.”

Dr Schallhorn concluded: “Golfers of all levels, whether they are candidates for laser eye surgery or not, can improve their game by having regular eye tests and ensuring their eyes are in good condition.”

You can watch the video below: