The Essilor group company plans to restructure its site in Quedgeley, Gloucester, and withdraw the Kodak brand from its offering

The Essilor Group company, Emnuk, has revealed a number of proposals to restructure operations, with managing director, Brian Deegan, suggesting the changes come “in what are challenging times.”

The proposals include plans to restructure its site in Quedgeley, Gloucester, and to withdraw the Kodak brand from its offering to independent eye care professionals (ECPs) in the UK and Ireland.

The proposed changes are expected to take place by the end of the third quarter this year and could impact around 40 staff.

Brian Deegan, managing director of Emnuk, said: “We are proposing a significant change to our operations, in what are challenging times.” 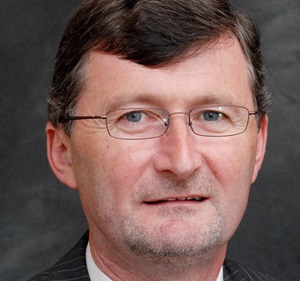 Brian Deegan, managing director of Emnuk.
He added that the group’s commitment to independent High Street ECPs “remains as strong as ever.”

“We are communicating our proposals to restructure with the Independent Kodak Lens Vision Centres partners we supply in the UK, and likewise will support them through any changes that may affect them,” Mr Deegan concluded.

The company has entered into a consultation period with the staff at the site who may be affected and confirmed full support would be provided. This will include supporting the application process for jobs that may be available at other Essilor Group locations.