Erin’s World Frames aim to improve the sight and quality of life for children and adults with Down’s syndrome by providing custom frames that fit their needs.

The transition to take on distribution of the specialist eyewear has begun and the optometrist has established a new business, DizzyDuck, for the operation. Optical assistant Lisa Edwards has been employed full-time on Erin’s World distribution.

Introducing the new distributor of Erin’s World frames, Spec-Care shared in a statement: “Simon Berry is a familiar name to so many of you in optics. Even if you have not followed his work, you will have been able to benefit from his efforts in getting the special facial characteristic voucher supplement debated in the House of Commons and its subsequent adoption by NHS England.”

Commenting on the news, Simon Berry told OT: “We do so much work with people who have a learning disability, the distribution of a specialist frame seemed like a natural progression.”

“Our first plan is to make sure the transition goes smoothly and that no-one particularly notices any difference to their service,” Mr Berry shared, hinting, however, “it is from next year we are going to start announcing some exciting changes.” 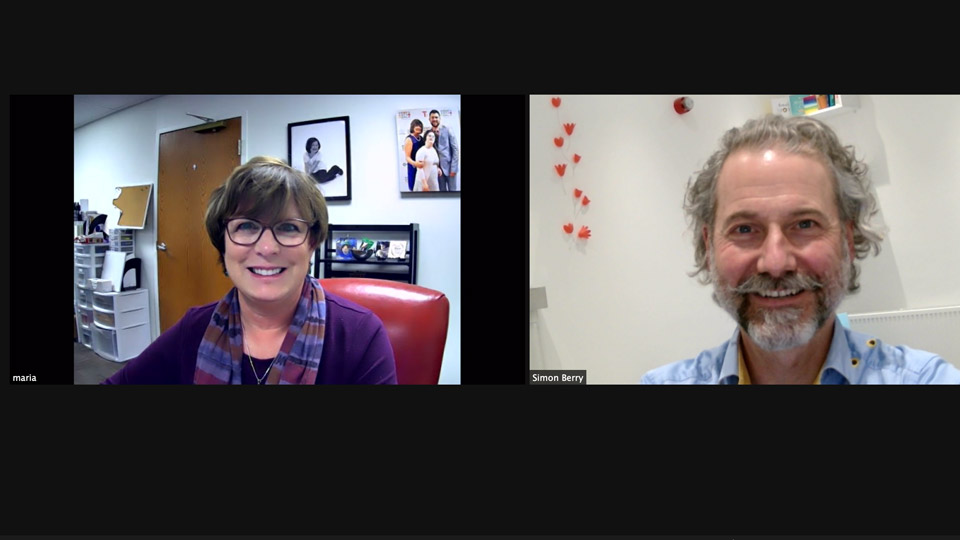 With the practice’s experience in specialist dispensing, Mr Berry said it seemed to be in the “perfect position” to take on distribution.

“I have been using Erin’s World glasses for over 15 years, so have a decent amount of experience in the fitting and evolution of the frame,” Mr Berry explained. “I also have experience of the politics of NHS funding for specialist frames, which is an important issue. It means we are in a position to offer advice as well as distribute the frames.”

Another reason to take on the distribution was a result of COVID-19, Mr Berry added, and the need to evolve and diversify.

Considering what will come next in the distribution of Erin’s World frames, Mr Berry offered OT a glimpse of the future plans, sharing, “I want to get people with Down’s syndrome involved as much as possible in this new business. The frames are designed for them, so they should have a say in how they are marketed.”

The project also has synergies with the optometrist’s work in producing a device to help practices test patients with a learning disability. The Visual Fixation System was launched in the UK last year and is primarily used to measure accommodative lag.

After the company that previously manufactured the device was sold this year, Mr Berry has been seeking a new licensing agreement and manufacturer for the Visual Fixation System.

“I’m still hopeful this will happen soon, because the device is really useful – I use mine every day,” Mr Berry said.

The UK patent for the device was granted this year, with patents pending in America and Europe.