From software updates to photochromic lenses, OT  rounds up the latest launches

Transitions Optical has launched Signature Gen8, which incorporates a reinvented system into the technology resulting in a more stable and consistent performance.

The lenses activate faster and are darker than previous generations. They also fade back to spectacles three minutes faster, blocking 100% of UV while also protecting from blue light.

President of Essilor Photochromics and Transitions Optical, Chrystel Barranger, said: “As leader and champion of the photochromic category, our mission is to provide better vision and protection to everyone. With Transitions Signature Gen8, we are confident that we will recruit new wearers and grow the category.”

As leader and champion of the photochromic category, our mission is to provide better vision and protection to everyone

Zeiss has launched SmartLife ophthalmic lenses that have been designed as a solution for lifestyles that switch between digital and physical worlds.

The thin lenses have been created for people of all ages by considering the natural changes that occur to eyes with ageing during the design process, Zeiss explained.

Zeiss studied the eye movements of smartphone users and incorporated these habits into the design of the lens. 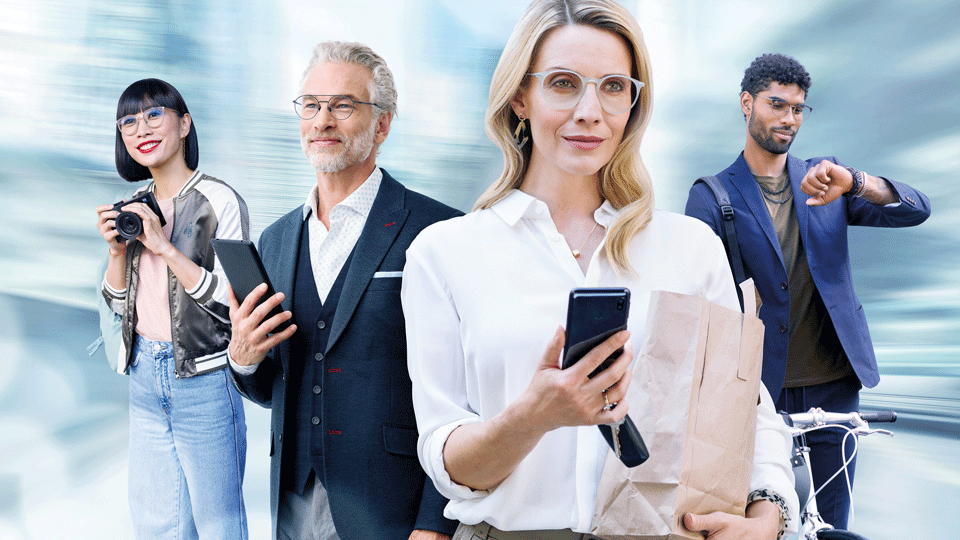 Practices can submit GOS forms one, three and five through Acuitas to the NHS, while staff can capture signatures electronically from the optometrist and the patient.

Ocuco said that the validation checks built into the system ensure that claims are processed accurately resulting in fewer rejections. 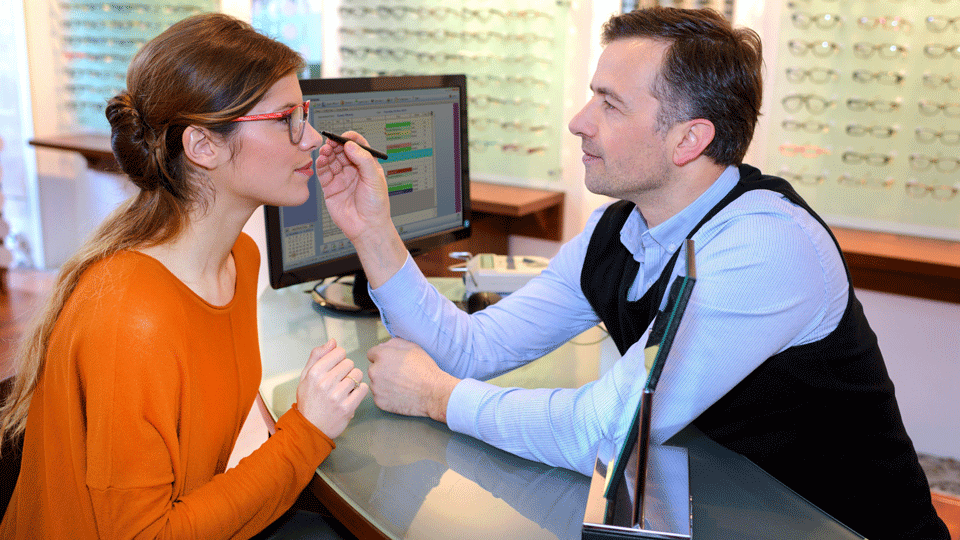 Continental Eyewear has launched a Limited Edition Walter & Herbert collection in homage to its English heritage.

The four models, which are named after stately homes in the South of England, are numbered on the tips with only 100 copies of each frame available.

Frames are made from beta titanium and Mazzucchelli acetate with each model packaged in a keepsake box.

Walter & Herbert’s ‘Davison’ is a finalist for Frame of the Year in the AOP Awards 2020. The frame is named after the English suffragette, Emily Davison, and is a round frame made from opaque acetate and etched metal sides. 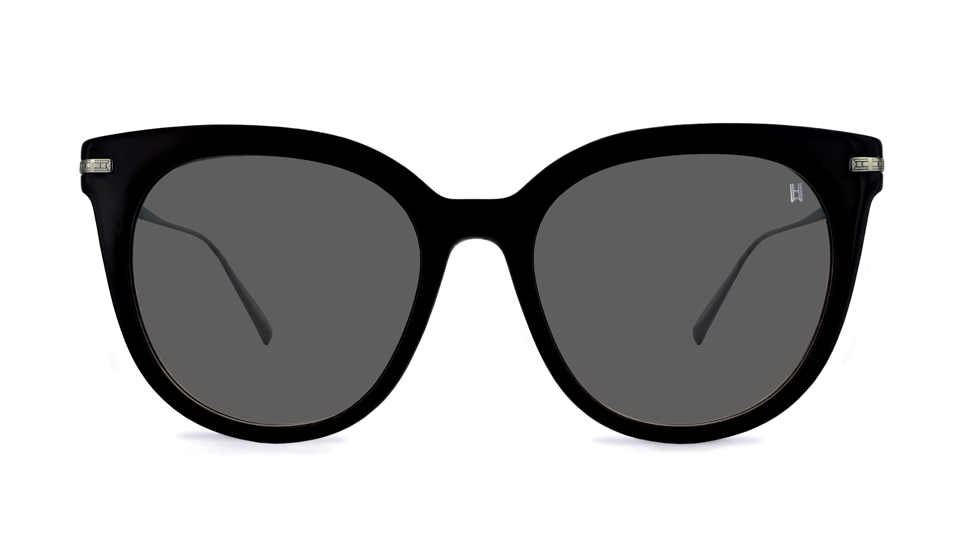 Marchon has launched the ‘L.12.12’ (pictured) mask sunglasses by sports brand Lacoste, which is designed for adults and children.

It has a wide-front mask shape that is made from injectable plastic and set with polycarbonate lenses.

It features an embellished petit piqué pattern inspired by the Lacoste’s polo shirt and the children’s version adds the brand’s crocodile logo.

Matte colour options for adults include red, grey and pink, while children’s colours include blue, green and black. 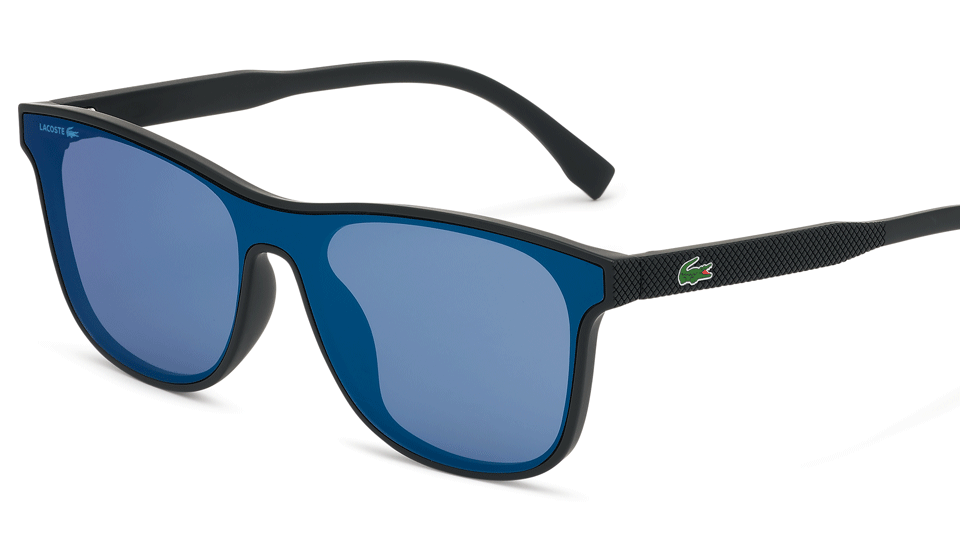 Spectacles include ‘Cherish’ (pictured), which is a square-oval frame made from a combination of acetate and metal. It is available in crystal blush, crystal grey and turquoise tortoiseshell.

Sunglasses styles include the acetate cat’s eyes-shaped ‘Be Yourself,’ which is inspired by the 1990s and available in black and crystal pink colour options. 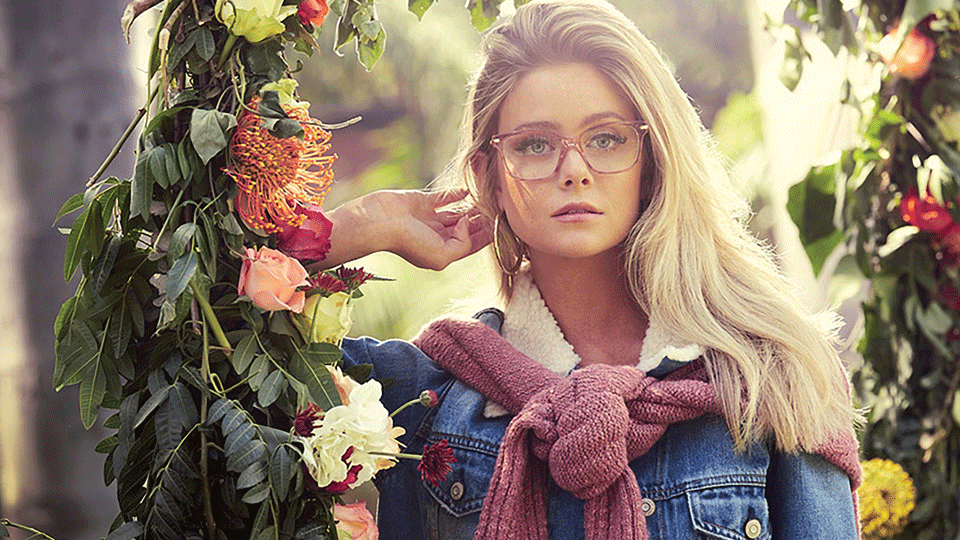 3DNA has updated its bespoke eyewear system to version 1.8, which includes a digital dispensing system for its retail kiosks, new frame designs and materials.

The digital dispensing system features wizard mode, which is streamlined version of the software to simplify the experience, and magic mode, which automatically presents options based on lifestyle and fashion preferences. 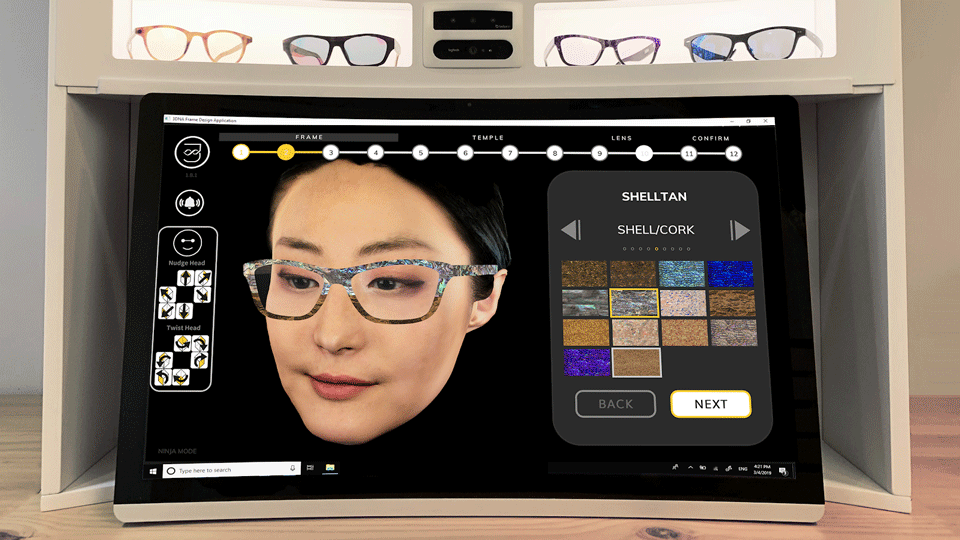