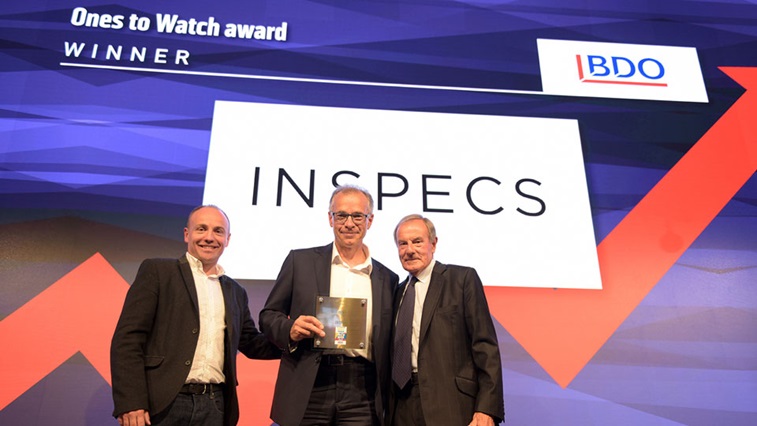 Eyewear company Inspecs has been awarded the Sunday Times Fast Track Profit 100 ‘Ones to watch’ accolade.

The Bath-based business was on a shortlist of 10 companies and was named the winner at an awards ceremony in London earlier this month.

CEO of Inspecs, Robin Totterman, was presented with the awards by judge and UK co-founder of Just Eat, David Buttress.

On winning the accolade, Mr Totterman said: “This award is an incredible honour for Inspecs. At the start of the process, we were pleased to be selected as one of the ones to watch. We were further delighted to have been chosen as one of the top 10 to watch and featured in the Sunday Times last month. That was remarkable enough, but to win the award outright is a testament to the hard work and exceptional quality of our team, who have kept the faith in our ability to compete in the world arena.”

Inspecs designs and manufactures eyewear for a range of brands including Superdry, Radley and O’Neill, producing eight million frames annually. Over the last 18 months the company, which has factories in London, China and Vietnam as well as global offices in Lisbon, has grown its workforce to over 1300.