How did you get involved with Rocketman?

Julian Day (JD): I was approached by Dexter Fletcher, the director, who I had worked with on Bohemian Rhapsody. He asked if I’d be interested in doing it and you can’t really turn down an opportunity like that.

David Cox (DC): I was approached by Julian Day, who was the costume designer on the film. I think he had heard about me through word of mouth and he got in touch through my website. After he saw my work, I think he felt it fit with what he wanted. He’d also read about the work I’d done in the past. I used to do many of the Dame Edna Everage frames. I understand that I’m not the only person who supplied frames for the film and there were several other opticians involved. 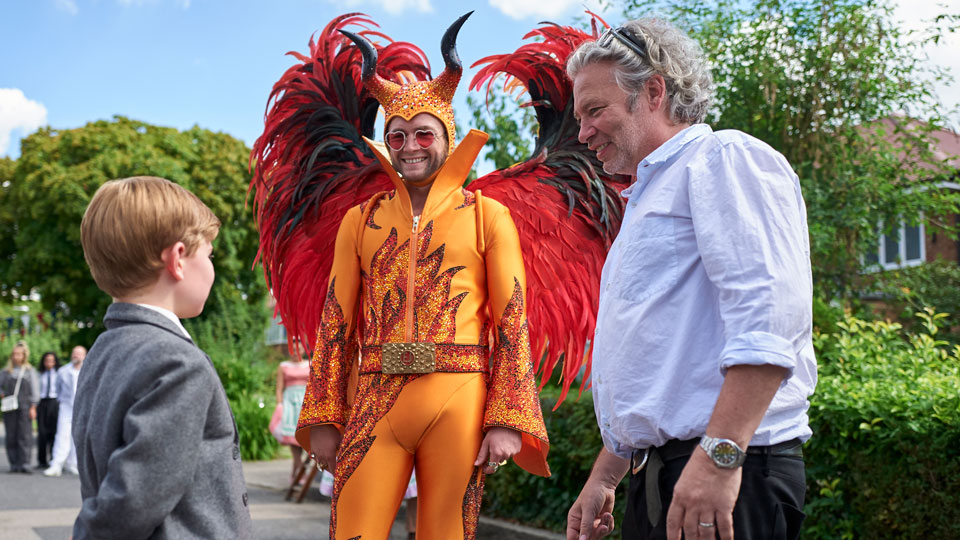 What were you looking for in the opticians you collaborated with?

JD: There were three opticians that I worked with. David Cox, who really knows what he’s doing. He’s made glasses for lots of people in the past. I found out who he was and contacted him. In my opinion, David is a real legend. We reproduced some of my favourite glasses for the film. I also worked with Specstacular Opticians & Eyewear Company in Shoreditch, and Will Luff from Glassesonspec in Watford.

Which of your frames appeared in the film?

DC: I think seven or eight of my frames were used in Rocketman. There’s one style that’s all crystal. There’s a part in the film where he puts them on and says, “I’m Elton John.” It has a turquoise button on the middle of the bridge. For every scene, the actor has got a different pair on. There’s a red, white and blue frame, which is mine, as is the pair he wears at the Troubadour, which are big white frames with a turquoise blue line across the bridge.

“There’s one style that’s all crystal. There’s a part in the film where he puts them on and says, “I’m Elton John”

How did you go about designing the eyewear?

JD: We had discussed the idea of the film not being a linear biopic but more of a fantasy musical. Therefore, we could take liberty with the outfits. I went through Elton John’s archive, looking through all of the clothes and the glasses. We decided to take what we wanted from it but also redesign some things, so not to copy everything. There are a couple of outfits and glasses that we copied directly and about half a dozen glasses that we redesigned from the originals but a lot of the others were either made or designed specifically for the film.

How did you work together?

JD: There were some glasses that I wanted to reproduce so I sent the three of them images. We measured Taron Egerton’s [the actor who plays Elton John] face at Mallon and Taub in Bloomsbury. With David, I sent him images and we chatted over the phone. The first time I asked him to make me a couple of pairs, then it was four more, six more and more as the film went on. 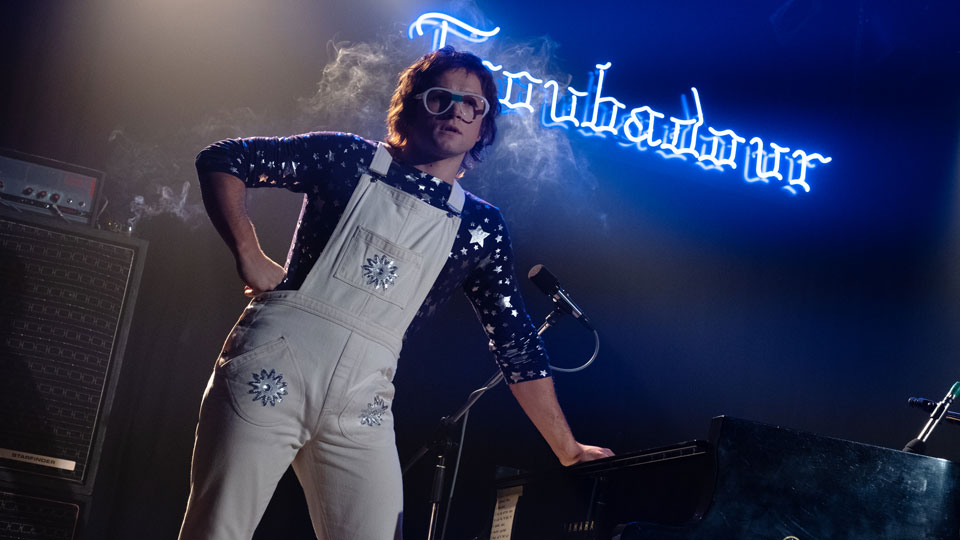 Taron Egerton as Elton John performing at the Troubadour (image credit: David Appleby)
DC: Julian sent me ideas, drawings and photos of Elton John and asked me if I could replicate as best possible. It’s a little bit harder to do from a sketch or a drawing, but I managed it. I was involved with the design process to a certain degree. He got in touch and asked what I could do and what I couldn’t do.

Julian sent his thoughts to me and I had to interpret them as near as I could to what he was looking for. I took a wee bit of artistic license as I had to assume how it would fit on the actor. The general designs were what Julian sent to me. He would give me an idea of what sort of colours he wanted for certain styles and left it to me to make the frames.

I did my own research specifically for the frames he wanted replicated. There were some original styles that he put in too. I went through publicity materials in order to simulate the different facets of it.


Did you consult with Elton John?

JD: Elton John came down to Bray Studios where we were filming and he was very nice. He looked at the frames and approved them all. He’s a real professional and lets you get on and do your job. He does his job extremely well and understands that other people can do their job. I think that’s a real talent in itself – to allow people to do their job rather than interfering. 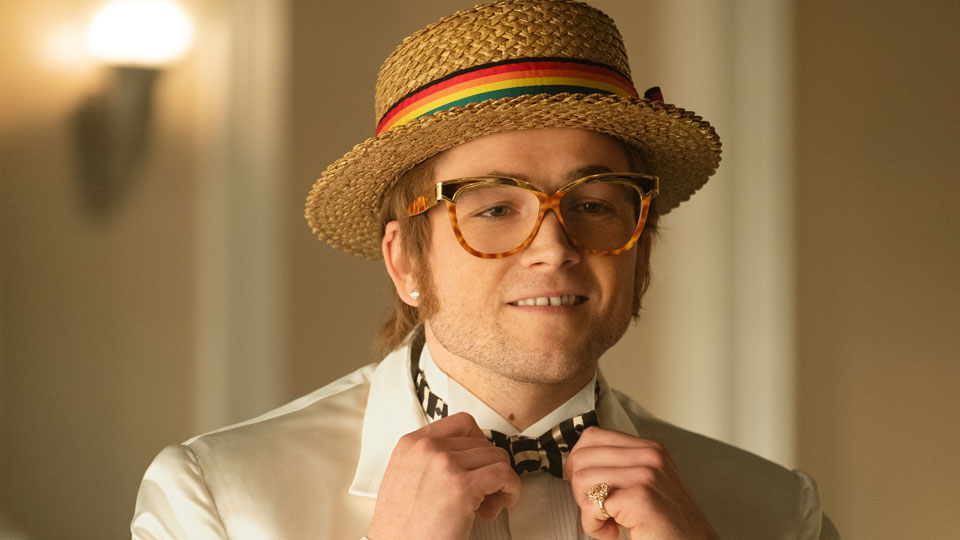 Did you feel pressure to create eyewear that lived up to Elton John’s reputation?

DC: His costumes were a big part of his performance, but so was his eyewear. There was added pressure on me because creating bespoke frames is my forte. It’s the same with Dame Edna, who described glasses as face furniture. Elton John is very iconic. Even nowadays, when you look at what Elton John wears, it’s quite out there.

What were your favourite frames from the film?

JD: I have quite a few. I really love the heart-shaped glasses with the devil outfit and there’s a montage scene for Pinball Wizard, with the glasses he actually wore. They’ve got feathers and diamantes, which are quite fabulous. I didn’t think we’d get to use them as they are quite difficult to wear. I bought some original ‘80s Fendi glasses that we used at the end for I’m Still Standing. The crystal frames are stunning. They really complete the outfit. I love glasses myself and I had about 60 pairs in all for the film.

“Elton John came down to Bray Studios where we were filming and he was very nice. He looked at the frames and approved them all”

Are you an Elton John fan?

DC: I go back a few years, so I remember Rocketman [the song] when it came out. I liked Elton John’s earlier material. Sad Songs (Say So Much) and Sacrifice are two of my favourites. He appeals to different audiences and I’m sure with this film coming out, it’ll bring his music to a new generation.

What’s next for you?

JD: I’m doing a film called Rebecca, which is based on a Daphne Du Maurier book directed by Ben Wheatley. I used a nice pair of Oliver Peoples frames, which are very 1930s looking. There’s some Chanel sunglasses as well. I always use eyewear in the films that I do. It’s really important as it sets people’s faces.