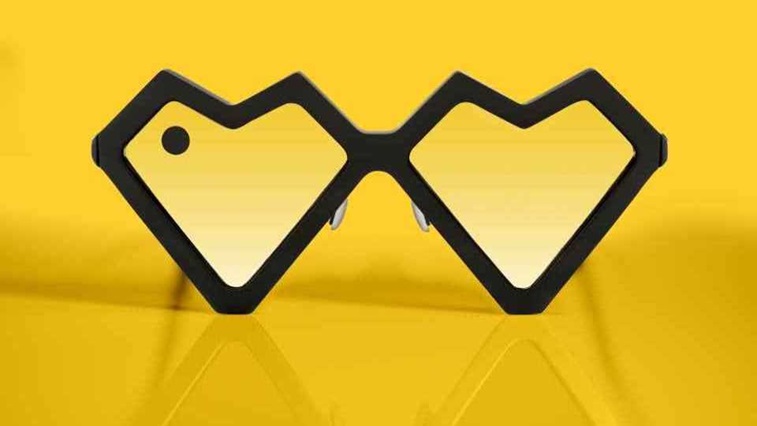 The range is designed to create a connection throughout the supply chain by scanning the code on the tip of the frame.

Lightbird is the creation of Corrado Rosson, who has been an eyewear designer for 15 years, including 10 years at Blackfin.

Speaking to OT at Mido, Mr Rosson explained that the company’s name is inspired by two definitions of light – visible light and weight – and Antoine de Saint-Exupéry’s The Little Prince.

“There is a sentence in the book, ‘It’s only with the heart that one can see rightly.’ That’s where everything started,” he told OT.

The heart is used in the company’s logo and in sunglasses model ‘Heart’ (pictured). The frame is from the Light_matter collection of 13 spectacles and two sunglasses, which launched at Opti in Munich (25–27 January).

Mr Rosson shared that he started Lightbird after taking the decision to follow his passion and create something innovative.

The company’s frames are manufactured using a gluing system with aluminium and acetate, which is currently under a patent approval process.

“The two sheets are glued together and worked as a unique material. It represents the dichotomy of light and its two meanings,” he said.

The other idea behind the brand was to use a QR code as part of a new business model.

Mr Rosson explained: “It intends to put everyone in connection, create loyalty and a better after sales service, as well as gathering information for distributors and practice owners about the bestsellers.”

“When the frame leaves Lightbird, it is scanned and it goes to the opticians. They sell it and add the customer’s email address, so that we can send loyalty emails. The advantage for the distributors and the opticians is knowing the bestsellers and what’s sold out in real-time. Every frame is worth 10 points and for every 200 points the practice receives a frame for free,” he said.