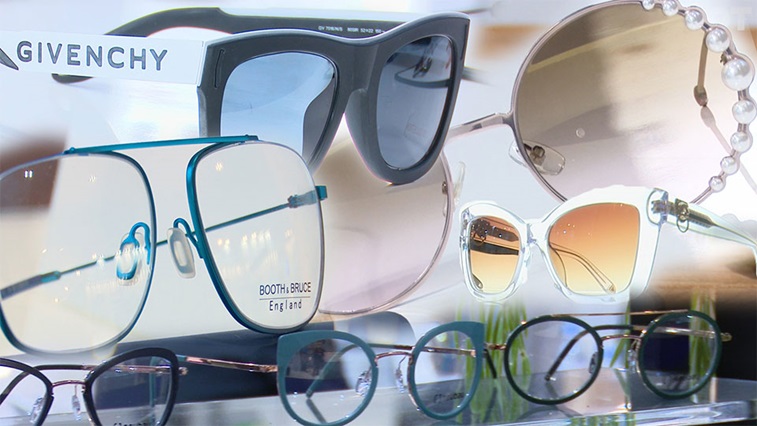 Mr Sunderland, who also designs the company’s frames, told OT that he moved the super cord from the bottom of the spectacles to the top corner and matched its colour to the frame “to give the impression that there is nothing there, but the line continues all the way around the frame.”

Head of north of Europe at Safilo, Frederic Laffort, highlighted the return of big logos on its Givenchy and Fendi frames. He also noted embellished styles, picking out Swarovski diamond detailing.

“It really is fabulous to have this ground-breaking product with a British brand but using the very best materials available from across the world,” Ms Andrews said.

Watch OT speak to more eyewear companies, such as TD Tom Davies, Neubau and Dunelm Optical, at 100% Optical below.