A number of surveys of UK firms have found exporting businesses have experienced disruption, delays and increased costs. Millmead Optical Group gives OT  an insight into the challenges

The end of 2020 marked the end of the transition period following the UK’s exit from the European Union (EU), and the beginning of a new trade deal.

Since the new rules took effect, however, organisations representing businesses in the UK have highlighted a level of disruption facing companies exporting from the country.

A March YouGov survey of 2046 business ‘decision makers’ found that half said their company had faced disruption since the beginning of the year – with one in eight businesses saying they had experienced a “large amount” of disruption.

Concerns have also been noted by the British Chambers of Commerce (BCC), following a survey of more than 2900 UK exporters, which revealed the percentage of firms reporting decreased export sales had increased to 41% in the first quarter of the year – compared to 38% the previous quarter.

Reporting the results, the BCC found Brexit and COVID-19 were highlighted as the biggest causes of disruption: “Firms told of issues such as shipping delays, increased cost of transporting goods and extensive paperwork requirements, with many seeing the problems they were facing as structural in nature rather than short-term issues likely to alleviate as companies adjusted to the changes in the UK-EU trading relationship.”

Business representatives suggest the Government’s SME Brexit Support Fund has been a positive step to support importers and exporters, but highlight that more needs to be done, including finding solutions to reduce trade barriers, and establishing new agreements.

Offering an insight into the situation for optical suppliers, Millmead Optical Group’s, CEO Conway told OT: “Companies exporting have experienced significant bureaucratic complications since Brexit. This is mainly due to the lack of clarity from the UK government and EU on the paperwork requirements and certifications, resulting in long delays whilst couriers and border customs check goods.” 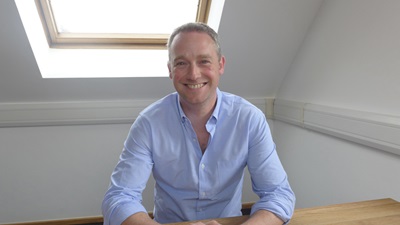 James Conway, CEO Millmead Optical Group
This has started to improve, Conway explained, with the flow of products to the EU beginning to run more smoothly, though the company is still experiencing some delays.

A further concern for exporting companies, Conway said, is “many couriers and freighters are charging significant excess charges to our customers in the EU who are receiving shipments from the UK. These are not insignificant costs and UK exporters are having to absorb much of these costs, which is in turn impacting their margins.”

“In the short term this situation is unlikely to improve,” he explained, adding however, “Fortunately, our exports to the rest of the world, such as Asia and North America, are still running smoothly.”

The cost of shipping into the UK has also seen a “huge increase” Conway explained, adding, “Never in my 21 years of working in the industry have I seen such huge increases in shipping/freight costs.”

“The UK demand for imported goods has impacted the shipping capacity and this in turn has driven up prices,” he explained, suggesting this situation is unlikely to improve “until very late in to 2021.”

“The UK ports remain incredibly congested and many of the freighting firms do not want to send their trucks to UK ports to collect goods to bring into Europe, due to the new paperwork complications since Brexit.

“If the increased costs do not start to normalise in the coming months, then I expect to see these increased supply chain costs impacting the product pricing,” he highlighted.

Despite these challenges, Conway shared: “I am pleased to see the UK optical market has started to recover well as the lockdown has been unwinding.

“We are hopeful that some kind of normality will resume as the year progresses.”

Have you seen an impact resulting from the end of the Brexit transition period? Get in touch to share your thoughts by emailing our Newsdesk.