Equipment manufacturer Optos has today (23 April) received a 2019 Queen’s Award for Enterprise for its California device.

Having sold over 15,000 ultra-widefield imaging devices to practitioners around the globe, it is third time that Optos has been awarded a Queen’s Award, having received the accolade for Enterprise in International Trade in both 2001 and 2007.

The Queen’s Awards for Enterprise is awarded annually in recognition of UK businesses that “excel in international trading, innovation or sustainable development.”

Optos was founded in 1992 by Douglas Anderson, whose son went blind in one eye from a retinal detachment that was detected too late.

The company has expanded over the years, and currently sells devices around the world, including North America, Europe and Asia. The company was acquired by Nikon Corporation in 2015. 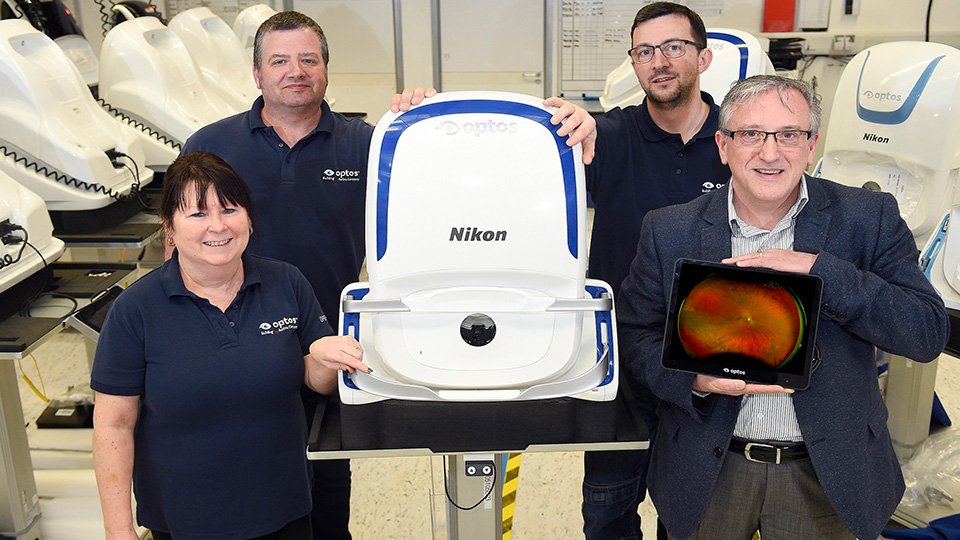 Speaking about today’s accolade, CEO of Optos, Robert Kennedy, said: “The California device has continued to strengthen the position of Optos at the forefront of the global retinal imaging market.”

“To be recognised by such a prestigious business award is a great achievement for the entire team. It is testament to their efforts to provide our customers with the best devices to support their clinical care and help to improve practice efficiency,” he added.