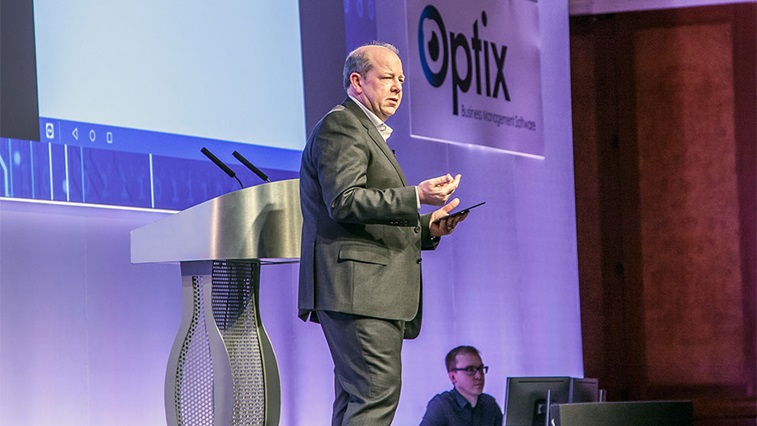 Practice software company Optix will release its most comprehensive update package to date in May, its managing director Trevor Rowley (pictured) has revealed.

Making the announcement to an estimated 380 delegates at the annual Optix conference, which was held at the Celtic Manor in Newport (19–21 March), the upgrade to version 5.5 will be available to customers in the first week of May.

Introducing both new and improved features to the system, Mr Rowley confirmed that the update will include development to ensure the software is compliant with new GDPR rules, a major rework of the eye exam area, the introduction of the Optix Hub, and the integration of rota cloud software and the BI app. It will also include a range of bug fixes and a fresh look to many areas.

During the two-day conference, members of the Optix team hosted an hour-long demo of the new software version.

Optix explained that the upgrade has already been piloted by some users and feedback has been acted on, with a number of features developed and improved as a direct result.

Following the demo, director of customer services at Optix, Lee Atkinson, confirmed that the company would produce a range of online training videos to support customers following the upgrade.

The next Optix conference will take place at Celtic Manor in March 2019, with Bob Geldof confirmed as a keynote speaker.