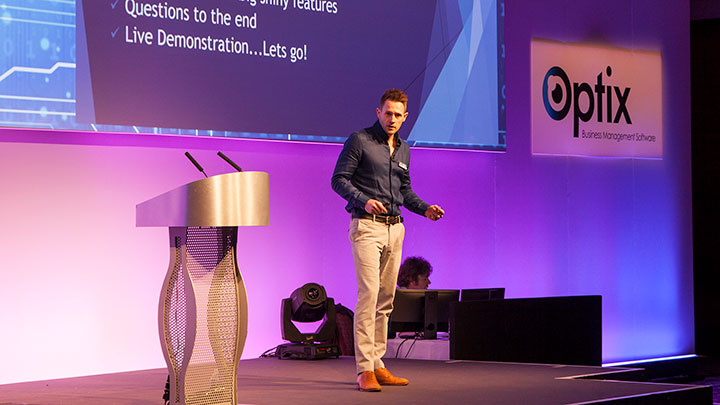 Optix revealed the eagerly anticipated ‘Version 5’ update to its practice management software to over 370 independents at its annual Optix conference.

The two-day event at Celtic Manor resort in Newport, Wales (13–15 March) celebrated its 10th anniversary with its biggest-ever conference and enabled the Optix team to present several sessions on the latest enhancements to the system.

The biggest single addition to the practice management software is the launch of the ‘Optix Hub.’ It is a revolutionary new industry-wide initiative to link customers of the Optix product catalogues directly with live data from major suppliers, such as product launches and updates.

The ‘Optix Hub’ launch was revealed in an hour-long session and several workshops to give delegates the chance to understand the scale of the major new feature.

Optix Software managing director, Trevor Rowley, highlighted to delegates that the new Version 5 release had more enhancements and additional features than the company had ever released in a single update, even without the new Optix Hub.

Optix customer services director, Lee Atkinson, spoke for an hour presenting some of the highlights from the new Version 5 release. The new family linking feature in the software was widely welcomed by delegates, along with enhancements to the patient search functionality.

Optix had planned to release Scottish NHS integration in Version 5 of its practice management system but this has been delayed, it was announced at the conference.

Mr Rowley confirmed that NHS Scotland had now resolved its initial problems and work is progressing well on the new feature. A planned new integration of NHS England is still some way off, Mr Rowley told delegates, after Capita suspended work on an eGOS service. However, Optix is currently expecting this integration to be available in 9–12 months.

The dates for next year’s Optix conference have now been confirmed as 19–21 March 2018, when the closing speaker will be Canadian astronaut and social media star, commander Chris Hadfield.