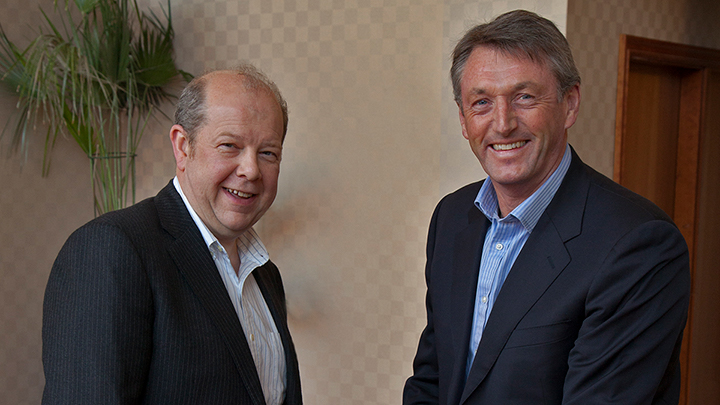 The speakers have been confirmed for the 10th Optix Conference, which will be held at the Celtic Manor Resort in Wales on 13 –15 March. Professor Brian Cox and Sir Clive Woodward will take to the stage, as will ‘an exclusive mystery speaker.’

Professor Cox is a well-known UK physicist and sporting legend Sir Woodward will give a talk to independent practitioners on inspiring ways in which to create a winning mindset.

This year’s conference will also have a mystery speaker. Due to ‘high-level security reasons’ his name has not even been revealed to the managing director of the practice management software company, Trevor Rowley.

The mystery speaker is a current serving officer with the UK’s Special Forces. He has served in the Balkans and Afghanistan, and was one of the first on the ground during the Iraq invasion. Optix Software believes that, as one of the most senior figures in the UK military, his war stories promise to be an exciting start to the conference.

Another change to the usual format is the addition of a pre-conference workshop, which will be run by the entrepreneur and adventurer, Kevin Gaskell.

Mr Gaskell was so well received at the Optix conference in 2015 that he is returning to hold an interactive workshop offering his practical advice about business growth and regeneration.

Mr Gaskell had a meteoric rise in the construction, chemical and automotive industries that saw him become the managing director of Porsche GB at the age of 32. He was also involved in the £500m sale of the EurotaxGlass’s Group.

As an adventurer, he has climbed Mount Everest, walked to the North and South Poles, and has climbed some of the world’s highest mountains for charity.
The conference speakers also include Steph McGovern, who started her career on BBC’s Tomorrows World programme before becoming the daily financial news producer on Radio 4’s Today programme.

The business journalist later launched her own television show in search of the next generation of entrepreneurs. Ms McGovern is also co-host of the new BBC One show, Shop Well For Less.

Mr Rowley has seen the Optix Conference grow in size and expectations each year. He explained: “Every March I leave our conference with a feeling of apprehension – how on earth are we going to top that next year?”

“This year things are definitely going to be different because we’ve brought together a set of speakers that are so outstanding that I’m already starting to worry about 2018,” he added.

Mr Rowley concluded: “Clearly our customers are also excited as bookings are now over 40% up on our 2016 conference and we have a waiting list for any cancellations.”

On the conference’s social side, during a Champagne reception and gala dinner, practitioner and resident wine guru, David Bennett, will host a wine-tasting event. Entertainment will also be provided by comedian Henning When.

During the event, Optix customers will be updated on the company’s latest software functionality. Next year will see the launch of Optix Product Hub and also the new General Ophthalmic Services solution to work with Capita.

Mr Rowley said: “I would like to acknowledge all of our exhibitors because the funding these companies provide allows us to create an event that is truly unique in the optical calendar. I am very grateful for their continued support.”