The orthokeratology contact lenses can be used for myopia control in children who have a refraction of -0.75D to -5.00D and a cylindrical refraction with a maximum of -2.50D.

The DreamLite night lenses are currently available in Europe, the Middle East and China, and represent the leading design in the UK under the EyeDream brand, CooperVision said. 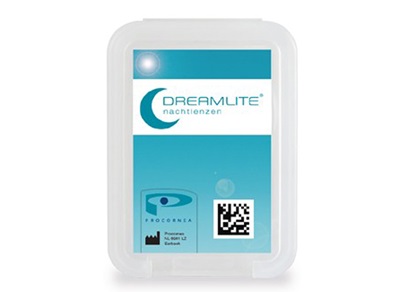 CooperVision Specialty Eyecare’s DreamLite lenses received the CE mark
Suggesting that the increasing frequency and prevalence of myopia is one of the “most discussed” issues in eye health, Dr Juan Carlos Aragón, president, CooperVision Specialty EyeCare, added: “But conversation without action will not change the lives of the hundreds of millions of children affected by the issue.”

He added: “The latest CE Mark will help eye care professionals to communicate with even more confidence about DreamLite lenses’ ability to slow the progression of myopia.”

The company also confirmed commercialisation plans are in progress for SightGlass Vision Diffusion Optics Technology spectacle lenses. CooperVision announced plans earlier this year to form a joint venture with EssilorLuxottica to acquire the life sciences company, which focuses on developing spectacle lenses to reduce the progression of myopia in children.