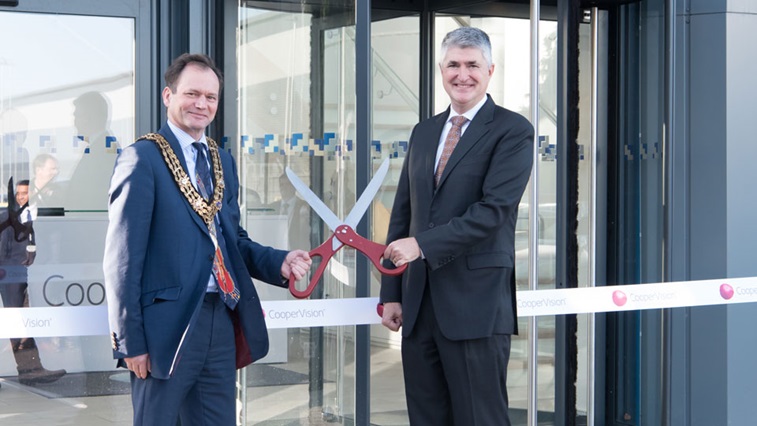 CooperVision has expanded its packaging operations with a new purpose-built facility in Southampton that provides space for the addition of new packaging lines over the next five years.

The new Mountpark facility meets demand that its Delta Park facility in Fareham was no longer able to facilitate and provides room for expansion in the future. Delta Park will now become a dedicated distribution facility.

Operations director at CooperVision, Jason Burden, said: “Customer service is a top priority for us and this investment in our infrastructure will enable us to meet the continued growth in demand and prepare ourselves for future expansion.”

The Mountpark facility was officially opened on 9 December by president of CooperVision, Dan McBride, and mayor of Southampton, Peter Baillie (pictured left with Mr McBride).