“It is a big milestone”

A GP has called for the barriers between general practice and eye care professionals to be broken down.

“We have to work better across different organisations. We should bring optometrists into the extended primary care team and break down those barriers that currently exist and result in an old-fashioned way of working,” he said.

“The cross-fertilisation of ideas between practitioners is of fundamental importance. The industry has been sub-specialised to such an extent that specific knowledge is not being disseminated. We need to see a paradigm shift in thinking,” Dr Shah added.

Dr Shah made the comments during a panel discussion on the management of dry eye disease at the day-long conference, which was held at the Wellcome Collection in London on 13 December. 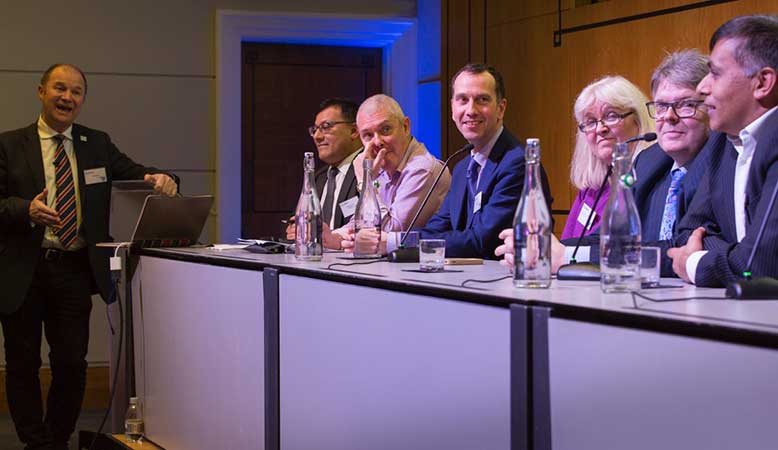 At the event, Professor Wolffsohn examined the findings of the DEWS II report on dry eye disease, and sessions were also held by sponsors including Alcon, CooperVision and Mark’ennovy.

Dublin-based eye surgeon Ian Flitcroft used his concluding lecture to declare the start of the Worldwide War on Myopia.

“The calculated risks from myopia are comparable to those between hypertension, smoking and cardiovascular disease. It’s the most prevalent medical condition on the planet and it’s rising generation by generation in the developed world. It should be the biggest news story in medicine,” he said.

Mr Flitcroft added: “The current generation – ‘Generation M’ – is going to be the most myopic the world has ever seen. We can’t simply stand by and do nothing. We need to wage war on this and arm ourselves with weapons to fight back.”

Next year’s Visionaries event will take place on 8 November 2018.