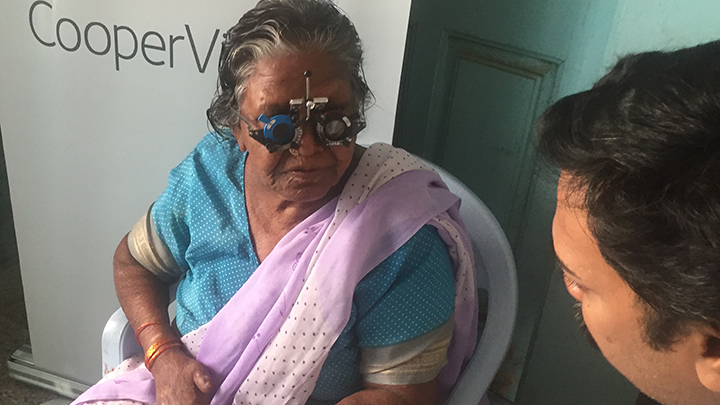 Contact lens manufacturer CooperVision has announced that it will continue as a ‘global gold sponsor’ of Optometry Giving Sight (OGS) for a further three years until the end of 2019.

After CooperVision renewed its sponsorship of the charity, OGS CEO, Clive Miller highlighted that its continued support of vision care projects is helping to eliminate uncorrected refractive error around the world and is expected to exceed $2m (USD) by the end of 2016.

Mr Miller said: “We are delighted that CooperVision will continue to partner with us in this way. This kind of charitable financial support enables us to plan for the future and ensures that we are able to continue funding key programme areas including optometry development and child eye health.”

In addition to CooperVision’s charitable donation to OGS, it help funds a patient rebate donation programme in the US.

CooperVision also supports a number of specific programmes in partnership with OGS, including the One Bright Vision initiative. In 2016, through this campaign, 30,000 children aged 7–12 in the Chennai region of India will have their vision screened. This follows on from a similar effort that screened 100,000 children in Tanzania from 2013–15.

President of CooperVision, Daniel G McBride, said: “The goals and mission of OGS are directly aligned with our CooperVision purpose to help improve the way people see each day. It’s inspiring to know that hundreds of thousands of individuals are benefitting from initiatives funded in whole or part by our commitment.”