Student of the year named 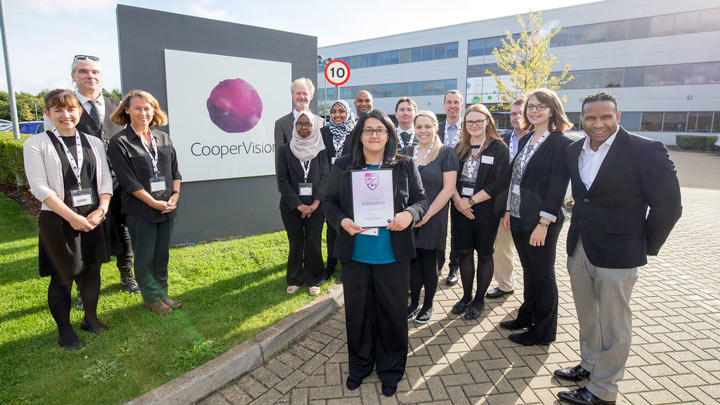 The final year student was awarded the accolade during the contact lens manufacturers National Student Summit at its Southampton headquarters last month. During the annual summit shortlisted students from five universities across the UK presented their final year projects to a judging panel of lecturers and academics.

Each of the students presenting had initially secured a summer research scholarship from CooperVision, which allowed them to conduct a contact lens project of their choice. They were judged on content, creativity and delivery style.

She receives a full delegate package to attend the British Contact Lens Association’s Clinical Conference and Exhibition in 2017, and now has the opportunity to present her work at a forthcoming international student event hosted by CooperVision in Budapest.

CooperVision’s professional development manager in ACE distributor markets, Karl Aberdeen, established the summer research scholarships and UK Student of the Year competition five years ago. He said: “Each year the students raise the bar on the standard of research and presentation. All this year’s finalists show great promise. It’s wonderful to see this young talent and for CooperVision to play a part in nurturing that talent.”