Launched alongside the World Sight Day #LoveYourEyes campaign, the International Agency for the Prevention of Blindness (IAPB) World Sight Day photo competition aimed to highlight the importance of eye health around the world, focusing on vision impairment’s social and economic impact.

This year the photo competition received “over 1000 images submitted from around the world” and was judged by an independent panel, comprising of professional photographers and optical industry experts, each selected for their “credibility, expertise and diversity.”

Split into two winning categories, professional and amateur, entrants competed for the title of Photo of the Year. Finalists were announced first, followed by two overall winners in each category.

The finalists for 2021 included a range of evocative images, many with some very touching stories, such as Ulrich Eigner’s photo titled ‘Seeing his Grandchild Again’ (photo above). 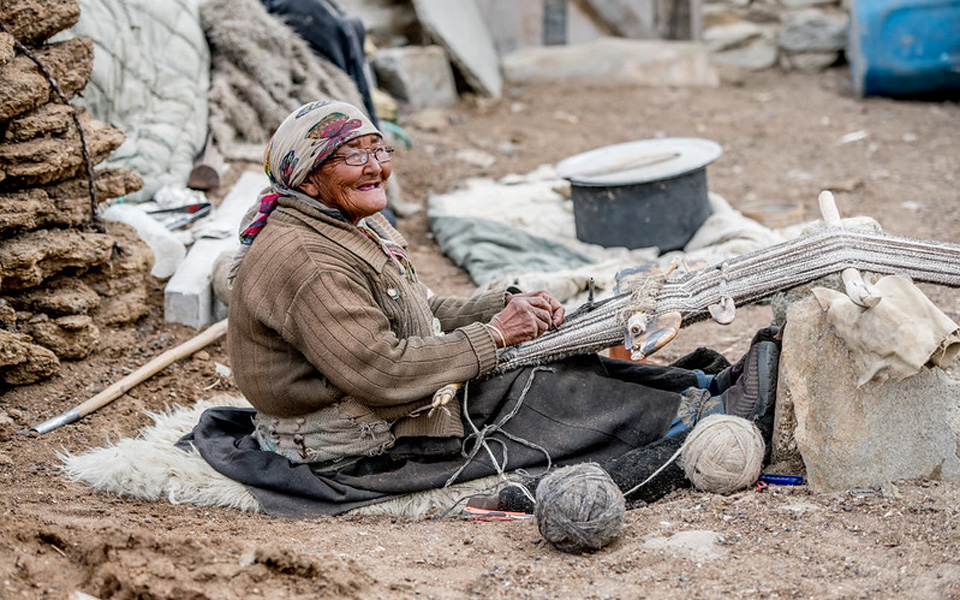 Julie-Anne Davis
The professional Photo of the Year title went to Julie-Anne Davis for her entry, ‘Ladakhi Weaver,’ which depicts an elderly woman from the Changpa nomadic community wearing a new pair of glasses. The photographer Davis commented that the “high altitude, sun and dry winds wreak havoc on the eyesight of the plateau’s Changpa nomads.”

One of the IAPB World Sight Day competition judges, Fatima Zehra, commented that the photograph taken by Davis “clearly shows the impact of good vision on personal and economic growth. This picture has rightly captured the hope, joy and happiness of a woman who can see clearly.”

‘Going to School’ by Saiful Islam 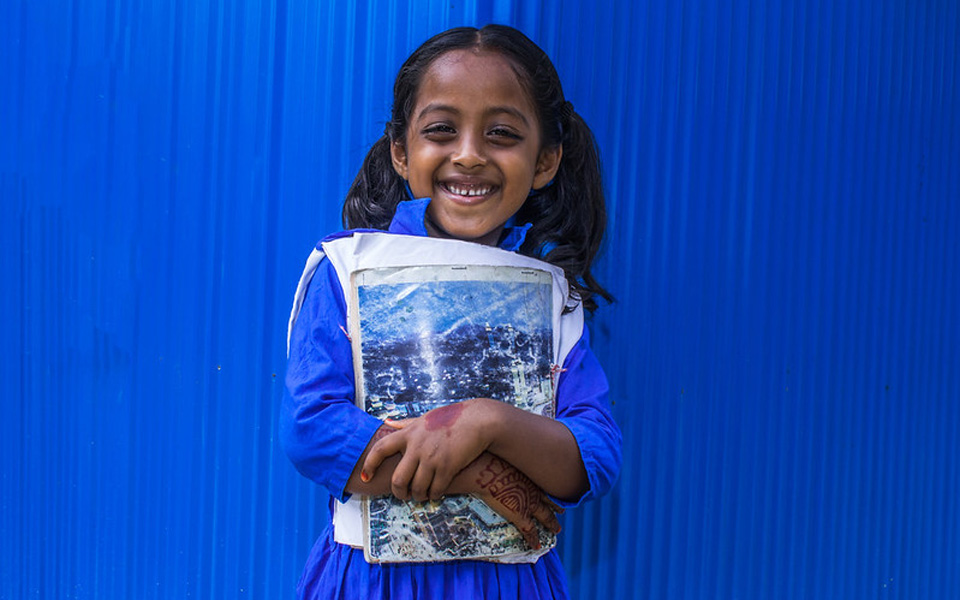 Saiful Islam
In the amateur category, the title for the Photo of the Year was presented to Saiful Islam for the entry, ‘Going to School’. The photo is of a young child in Bangladesh on her way to school in her new clothes, positioned against a striking blue background the same colour as her dress, creating a camouflage effect.

Commenting on the winning entry competition judge and photographer, Michael Schoenfeld, also admired the colours and composition and said: “Going to School has such a beautiful, unified colour palette, great expression and emotional tone… The thoughtfulness of the background, harmonizing so well with the subject, shows the depth and maturity of the photographer.”