Vital role of optometrists in preventing strokes highlighted by charity 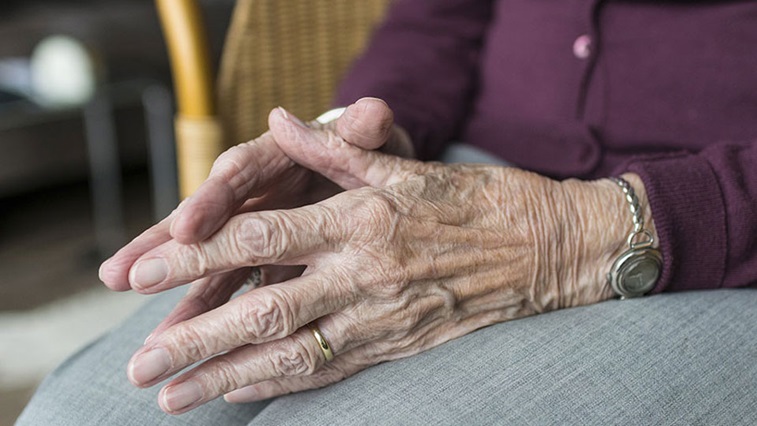 The important role that optometrists play in detecting the early signs of a stroke is being highlighted by The Stroke Association.

The charity is reminding the public that optometrists are trained to spot conditions that could lead to a full stroke, potentially saving lives in the process.

Juliet Bouverie, chief executive of The Stroke Association, said: “All too often, we’ve seen people dismiss a mini stroke (also known as a Transient Ischaemic Attack, or TIA) as just a funny turn because the symptoms do not appear severe or can fade or disappear.

“The risk of stroke in the first few days following a TIA is high, and that’s why it is often referred to as a ‘‘warning stroke’’. It requires urgent investigation and treatment.

“We want to get the message out there that a stroke is an emergency, and that optometrists can play a vital role in helping individuals spot the signs of a stroke early so that people can get the medical attention they need, especially in cases where they do not experience more typical stroke symptoms.”

Ms Bouverie added that people may be surprised to find that loss of vision is a symptom of a stroke, as it isn’t one of the more common symptoms of the condition.

Working with The Stroke Association, Specsavers has highlighted two occasions that saw patients attend their stores with symptoms that led to a stroke diagnosis. The company hopes that the stories will raise awareness amongst the public about the importance of action if they spot changes in their vision.

In the first instance, Edwina Knight lost vision in her left eye whilst using her tablet. Despite initial reservations about contacting her doctor during the COVID-19 pandemic, she was persuaded to do so. The doctor advised her to immediately visit her optometrist, and from there she was referred to hospital where it was confirmed that she had had a mini stroke. Without treatment, she would have been at risk of suffering a full stroke, with potentially disastrous consequences.

In the second case, 65-year-old NHS health worker Pam Humphries noticed a sudden loss in vision when she was in the supermarket. She contacted Specsavers in Aldershot and ophthalmic director Manish Soni asked her to come in for an emergency appointment straightaway.

After detecting that she had significant peripheral vision loss, he referred her to the local eye department at Frimley Park Hospital. Here, doctors confirmed that she had had a stroke and also discovered that she had a blood clot on the brain. They prescribed blood thinning medicine, which ultimately saved her life.

Ms Humphries said: “I have medical training and trusted my instinct that something wasn’t right. It does scare me to think that if I hadn’t picked up the phone that I might not be here today to tell my story.”

Mr Soni is encouraging people to book an eye test when practices fully open again, whether they have symptoms or not. He said: “When we ease out of this period and when we return to a normal, full day schedule of appointments, I would urge those who haven’t had an eye examination in two years to make it a health check priority.
“In rarer cases, a customer may not present any symptoms, but we could spot a concern that needs looking into.”

Specsavers clinical services director, Giles Edmonds, emphasised how important it is that older people are aware of the vital role that optometrists play in detecting the early signs of a stroke.

“Without access to expert advice and care from optometrists, (their) quality of life could be greatly impacted and wider health put at risk,” Mr Edmonds said.

He added: “During an eye examination, we can spot changes in eye health that indicate a more serious issue, such as a stroke, as evident in Mrs Knight’s case.”

Paul Morris, Specsavers director of professional advancement, said: “Vision problems are common after a stroke, affecting about 60% of people. Optometrists need to be aware of the many different ways it can affect the visual pathways of the eye including visual field loss, blurry or double vision and other problems such as dry eye and sensitivity to light.

“When seeing a patient who has had a stroke, it’s important to remember that they can look fine but still need help with the ‘hidden’ effects of stroke. Some effects of stroke are obvious. Other changes are not so easy to see. Give the person time to talk about their problems and show how they feel. Don’t rush – it can take up to 30 seconds or more for someone to respond. Ask one question at a time and try not to answer for them. Tell them if you have not understood something.”

The FAST test: what to look for

Ms Bouverie is urging optometrists and their colleagues to make sure they are familiar with the FAST test for stroke.

‘It's vital to know how to spot the warning signs of a stroke,” Ms Bouverie said. “Using the FAST ─ Face, Arms, Speech ─ test is the best way to do this. The FAST test helps to spot the three most common symptoms of stroke.

“But there are other signs that you should always take seriously. These include:

“If you spot any of these signs of a stroke, don't wait. Call 999 straight away.”