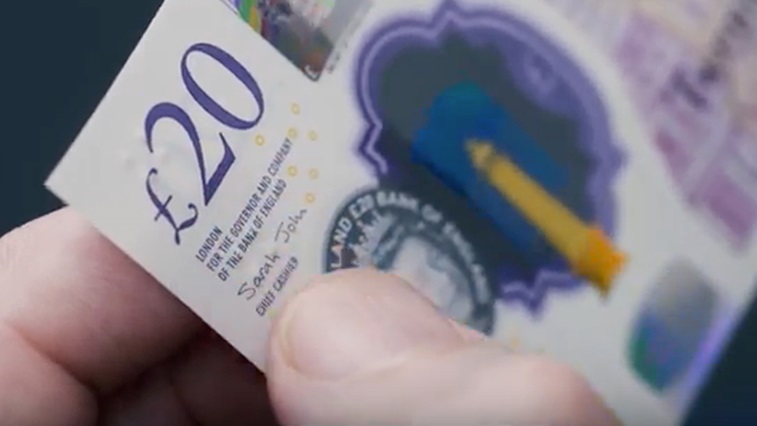 A new £20 note with tactile markings will make it easier for blind and partially sighted customers to distinguish between different bank notes when it is released into circulation today (20/2).

The Royal National Institute of Blind People (RNIB) has worked with the Bank of England to produce the accessible currency, which features artist JMW Turner.

The note has three separate clusters of dots along the short edge in contrast to the £10 note, which has two clusters of dots. It is purple with a clear 20 on a white background.

RNIB’s director of services, David Clarke, highlighted that handling cash can be challenging for those who are blind or partially sighted.

“We hope the creation of these notes will help enable people with sight loss to use money more easily and with confidence,” he said.

“By incorporating tactile features on money, we are closer to creating a more inclusive society; it’s the small changes that can make a big difference to independent living,” Mr Clarke emphasised.

More than 50 blind and partially sighted people were involved in user testing during the development of the bank note.