The eye health awareness initiative has been expanded across further regions in Uttar Pradesh, India 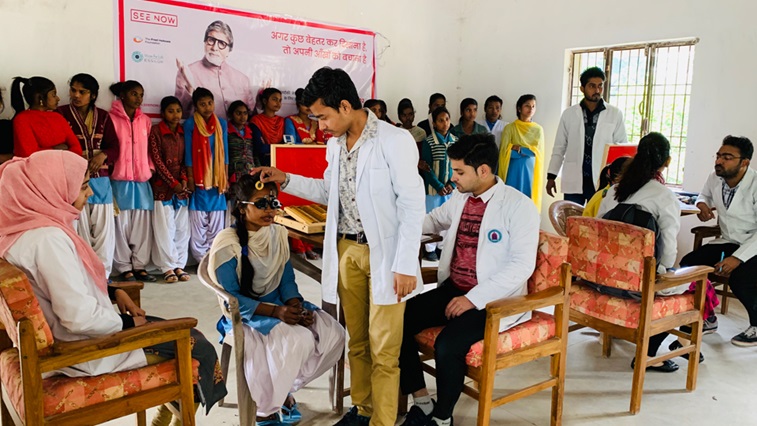 A campaign that aims to raise awareness of the importance of regular eye tests in order to combat poor vision and blindness has been expanded.

Essilor and The Fred Hollows Foundation hope to reach 200 million people in India over the next five weeks through the See Now initiative.

Backed by Bollywood actor, Amitabh Bachchan, the campaign will offer free screening, spectacles and treatment when required to 400,000 people in Uttar Pradesh, a region in northern India.

A pilot of the first phase of the campaign has already run in five districts of the Uttar Pradesh region, reaching 32 million people.

Phase two will run until mid-March and will cover a further 32 districts. During this phase the initiative aims to partner with 260 eye centres and screen 50,000 school students.

Deputy CEO of The Fred Hollows Foundation, Nick Martin, said he was encouraged by phase one of the initiative, which resulted in an increase in eye screenings.

“That tells us we are making a significant impact in promoting eye health,” he highlighted.

In India it is estimated that 550 million people suffer poor vision, costing the economy $37bn (USD) in lost productivity.

Chief mission officer at Essilor, Jayant Bhuvaraghan, said: “Raising awareness of eye health is crucial to our ambition to eliminate poor vision from the world in a generation. The support of Amitabh Bachchan for the cause and working with The Fred Hollows Foundation and other like-minded organisations gives us the collaborative confidence and energy to achieve even greater reach and awareness with See Now.”