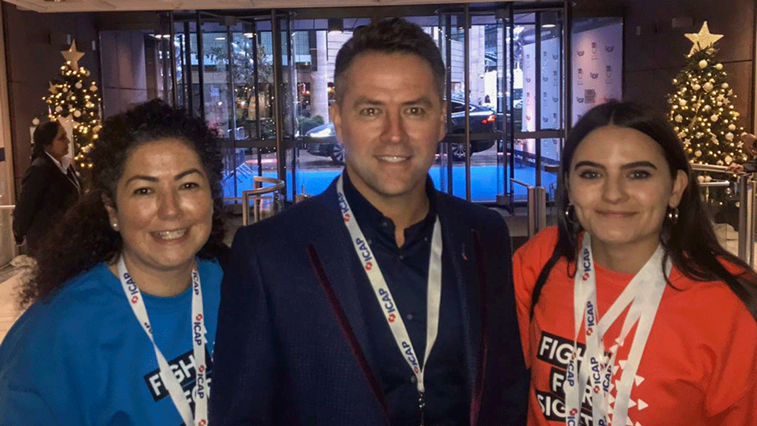 Celebrity supporters of Fight for Sight have come together to mark ICAP’s annual charity day.

The former footballer, Mr Owen, was supporting Fight for Sight because his son has Stargart disease. He commented: “I’m delighted to have supported Fight for Sight at the ICAP charity day. It was great fun and I was pleased to complete three deals on the trading floor to raise money for the charity.”

The ICAP charity day is held annually by interdealer broker, TP ICAP, as a global fundraising initiative that donates 100% of the revenue to a range of selected causes. This year the company supported 16 charities, including Fight for Sight.

Speaking about the initiative, Fight for Sight director of fundraising, Ikram Dahman, said: “This one day of fundraising will help to change the lives of countless of people with age-related macular degeneration. At Fight for Sight we feel strongly that sight loss is not inevitable and ICAP recognises the impact it can have by supporting our revolutionary science that will be transformational for people with sight loss, both now and in the future.”