Greater London Fund for the Blind rebrands as the Vision Foundation 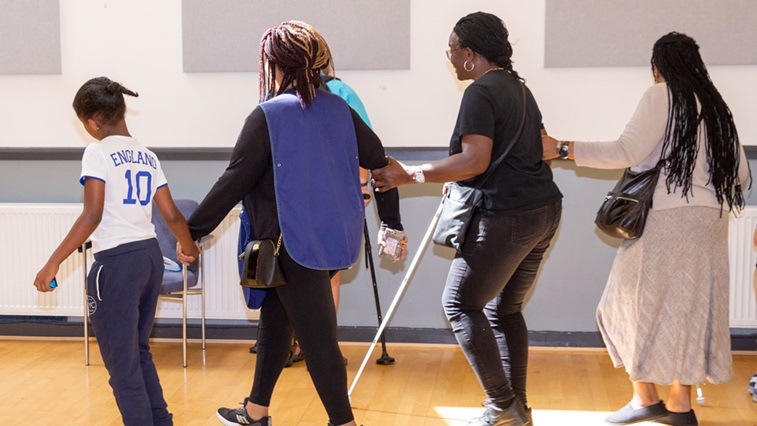 The Greater London Fund for the Blind has rebranded as the Vision Foundation and announced a five-year strategy to coincide with World Sight Day today (10 October).

It explained that the rebrand and strategy has been launched in response to the growing problem of sight loss in London and the decrease in opportunities for people living with a visual impairment.

CEO of the Vision Foundation, Olivia Curno, said: “Sight loss costs London £2.7bn each year, which equates to £300 per Londoner. Behind every single pound of economic cost there is a human story of isolation, poverty, discrimination and exclusion. This is the challenge facing the Vision Foundation in the 21st century.”

In a survey of 111 adults living with sight loss carried out by the Vision Foundation, 50% stated that they did not feel like an equal citizen in London, compared to 40% who did with 10% who did not respond.

The Vision Foundation highlighted that 28% of respondents said that better education and awareness about sight loss would have the biggest impact on their quality of life.

When respondents were asked if they felt that London is open to visually impaired people in terms of employment, 33% said yes and 57% said no.

In addition, 80% reported having had mental health issues as a result of their sight loss.

Chair of trustees at the Vision Foundation, Anna Tylor, said: “It’s hugely disappointing that so many blind and partially sighted Londoners are not living their best lives and are not able to contribute in the way they could to the economic and cultural life of our great city.”

“It’s an unacceptable position and as a charity we're changing the way we do business to try and address it. Step by step, we are proving that things can be different. But we are under no illusion that our task will be easy. It is only with the help of the rest of London that people who are blind and partially sighted can be active, equal members of society and able to live life to the full,” she added.

The Vision Foundation’s new logo is blue and includes an icon of a partially visible eye to illustrate the issue of sight loss.

Its new ‘London’s Sight Loss Charity’ strapline is designed to highlight the charity’s purpose and distinguish it from other sight loss organisations, the Vision Foundation explained.

Speaking about the name change, Ms Curno said: “Our new name was chosen after a lengthy consultation with blind and partially sighted people who told us that our old name was old-fashioned, unfriendly and bureaucratic. The Vision Foundation describes an optimistic future and presents what we do and who we help, ensuring our work is better recognised and understood.”