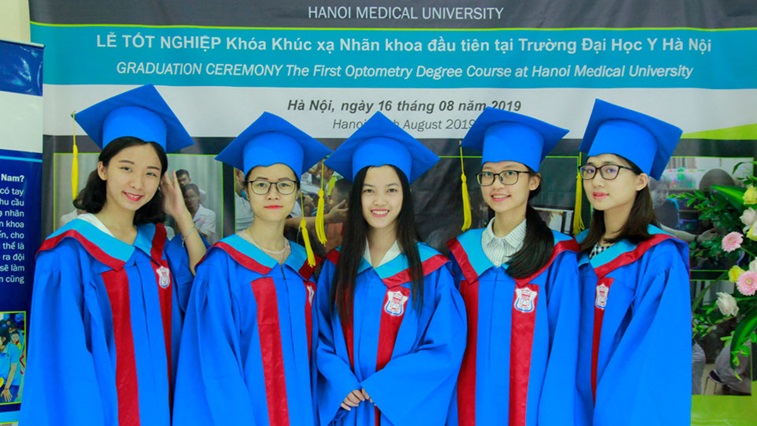 The first-ever optometrists have graduated in Vietnam, qualifying from the School of Optometry at Hanoi Medical University (HMO).

A total of 43 gradates gathered alongside newly-qualified colleagues from the University of Medicine Pham Ngoc Thach (UPNT) to mark the occasion earlier this month (20 August).

In 2013, there were only three qualified optometrists practising in Vietnam, offering eye care to an estimated population of 980 million people. At that time, there was no route into the profession available in Vietnam and therefore optometrists had to train in other countries.

Today, with optometry programmes available at HMO and the UPNT, optometrists can be trained locally. Currently over 300 optometry students are enrolled in the four-year programmes at both universities.

The two optometry programmes available in Vietnam were established by the Brien Holden Vision Institute (BHVI) with support from the Australian NGO Cooperation Program.

The first course was piloted at UPNT in 2014 with support from the BHVI, the university and the Ho Chi Minh City Eye Hospital. It was rolled out at HMO the following year.

By 2020 it is estimated that there will be more than 150 qualified optometrists in Vietnam.