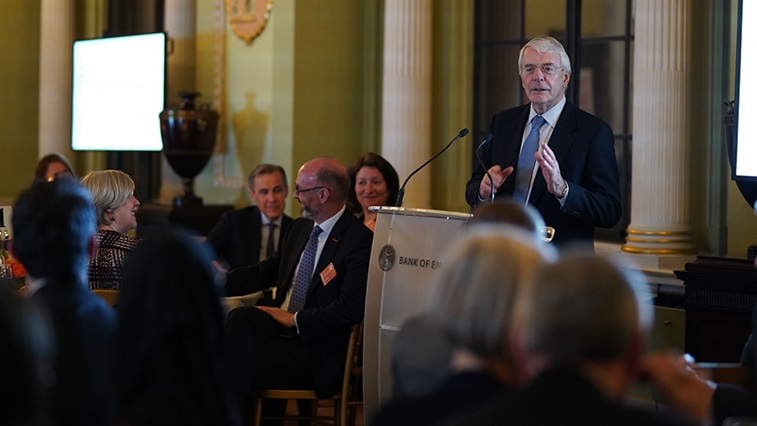 SeeAbility celebrated its 220th birthday with a reception at the Bank of England where it launched a year-long campaign to celebrate its story and the people it has helped.

The charity was founded in 1799 as the Royal School for the Blind. Today, it provides specialised support to help people living with learning disabilities, autism and sight loss to live happy and healthy lives.

The event was attended by former Prime Minister and the charity’s vice president, Sir John Major, and governor of the Bank of England, Mark Carney.

Sir Major said: “We need to shine a light on people’s abilities and create partnerships to deliver equal participation. In a society increasingly characterised by social division and uncertainty, this is our ambition for inclusivity.”

SeeAbility highlighted that children with learning disabilities are 28 times more likely to have a serious sight problem than other children.

The charity noted that it is more important than ever “to create truly inclusive communities.”

Mr Carney added: “It isn’t enough to reflect diversity; we also need to choose inclusion. That means embracing difference and promoting an environment that brings cognitive differences to the fore. I’m delighted to be hosting this event for SeeAbility who, like the Bank of England, are committed to creating a culture where everyone can maximise their potential.”

Highlighting the charity’s aims, CEO of SeeAbility, Lisa Hopkins, said: “Over the last 220 years, SeeAbility has witnessed some incredible personal stories of triumph. We’ve seen ambition in the place of defeat and confidence emerge where it once never existed. As we celebrate these successes, it’s only right that we set our sights on achieving even more ambitious futures for people with learning disabilities, autism and sight loss.”

SeeAbility is looking for new partners who are willing to commit to creating opportunities for the people the charity helps, as well as championing inclusion in their own businesses and communities.