Maurice Oduor Abony joined Sightsavers six years ago. Today he is based in the charity’s offices in Kenya where he is project manager for projects in Turkana, Laikipia, Samburu and Kajiado, including Coordinated Approach to Community Health (Catch), and provides cataract and trachoma surgeries.

Prior to joining the charity, Mr Abony worked as a cataract surgeon based at the Kikuyu Eye Hospital in Nairobi.

Part of his role at Sightsavers involves the training of surgeons to perform trachoma trichiasis surgeries in 12 counties across Kenya where the disease is prevalent.

Mr Abony estimates that he has performed more than 10,000 cataract surgeries during his career, as well as 4000 trachoma-trichiasis eyelid surgeries.

As one of four ‘master trainers,’ Mr Abony’s role is to “upgrade the skills” of lead surgeons who are involved in trachoma work.

Speaking about the training, Mr Abony explained: “Surgeons are scattered in 12 counties, so we assemble them in one particular county and we train them. For those who are already doing trachoma surgeries, we upgrade their skills on bilamellar tarsal plate rotation.”

He said that he has trained the majority of the surgeons in these areas who perform trachoma surgeries “in one way or another.”

The trachoma surgeries that are performed in Kenya are audited, with the results analysed and shared with the charity’s global technical lead.

As a result of Sightsavers’ work, the number of trachoma surgeries performed has greatly risen. Ministry of Health statistics report that in 2010 just 460 surgeries were performed across the Republic of Kenya. This is compared to 10,327 between April 2015 and March 2016.

Reflecting on the rise, Mr Abony explained that before Sightsavers’ programmes were established, many clinicians were not performing trachoma surgeries as they were either working in regions where there was not a trachoma endemic, or they lacked the required equipment to do trachoma surgeries.

“As a result, their skills went down the drain and when this project started, we had to retrain a number of them,” Mr Abony said.

Mr Abony believes that Sightsavers’ work in Kenya has had a huge impact on the state of eye care in the country. “The number of surgeons we’ve trained, the amount of equipment we’ve distributed to various health facilities, the investment is huge.” 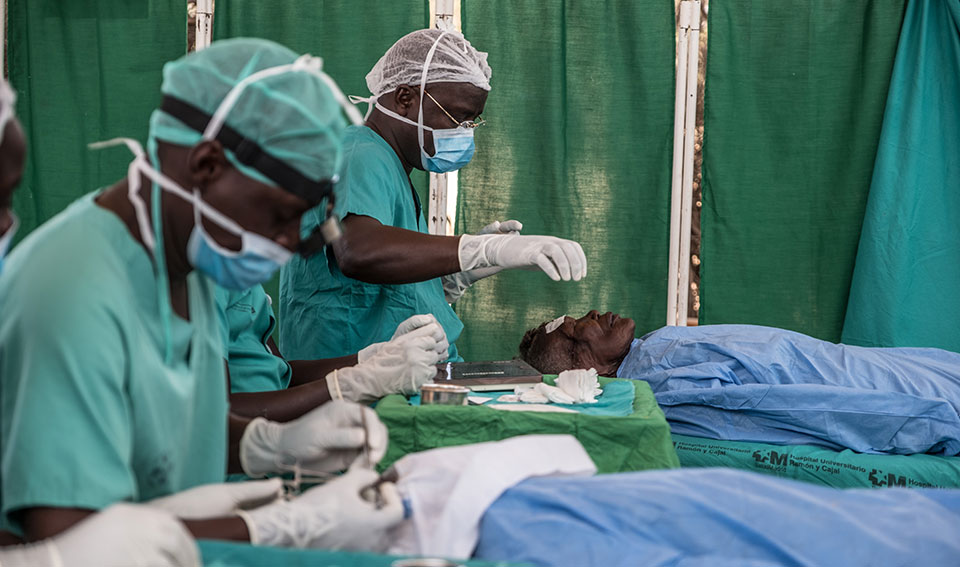 Reflecting on his role in these advances, Mr Abony said: “I love my work because there is a lot of emotional satisfaction associated with it.

“Those who are very uncomfortable, discomfort associated with trachoma-trichiasis or eyelash rubbing the eyeball every so often, at least they can enjoy their peaceful night.”

Sightsavers’ End is in Sight appeal aims to raise funds to support the elimination of trachoma. Donations made to the appeal until 15 May will be doubled by the UK Government. Visit Sightsavers’ website for more information on the appeal.