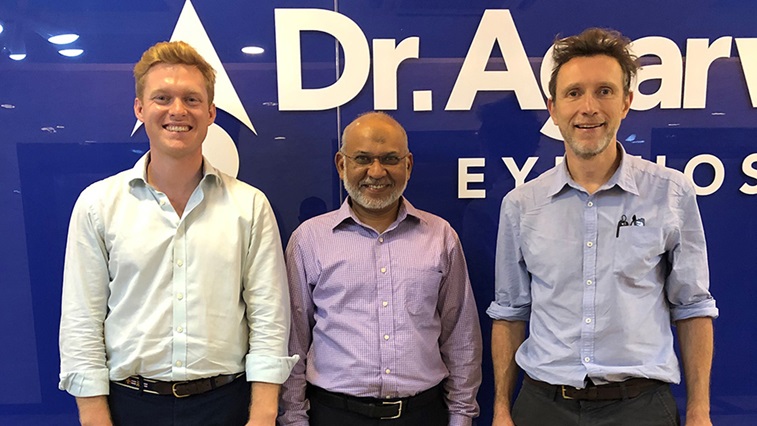 Fight for Sight has partnered with the Royal College of Ophthalmologists to fund a research project investigating a condition that causes irreversible vision loss.

Dr Burgess will use the grant for a study that seeks to develop effective treatments for TEON.

Currently researchers believe that a combination of reduced sunlight exposure and poor diet in those who are genetically susceptible contributes to damage in the mitochondria, which causes TEON.

The study will look at 30 patients who have been recently diagnosed with TEON and compare them to a control group. Researchers will focus on the lifestyle factors of participants including exposure to sunlight, diet and family history.

Director of research, policy and innovation at Fight for Sight, Dr Neil Ebenezer, explained: “This study is vital to help preserve the sight of the young East African population. It’s imperative that investigative research is performed to understand the cause of this condition, which is currently unknown. By awarding Dr Burgess a Primer Fellowship award it will ensure that the genetic and environmental causes are determined. The knowledge gained will be applied to the development of therapies for patients.”

On being awarded the fellowship, Dr Frederick Burgess, said: “I’m grateful to have been awarded the Fight for Sight/John Lee Primer Fellowship, which will enable me to tackle a condition that causes irreversible visual impairment resulting in significant disability, with educational and economic implications. Ultimately we hope that this work will lead to an effective intervention to prevent this significant cause of visual impairment in young adults.”