Creating message carriers to raise the profile of eye tests

An optometrist who visits schools to teach children about eye health is encouraging other practitioners to get involved in the child-led campaign that aims to educate the public about the importance of regular sight testing.

Established by ophthalmologist Dr Yusrah Shweikh and service designer Manjul Rathee, people who volunteer for Eye Heroes run workshops in local schools across the UK that are designed to explore the science of eye health and raise awareness of regular sight testing in a fun way.

The hour-long workshops are aimed at children aged eight to 12 years and include games, videos and role play. They encourage children to act as champions and spread the word about the importance of eye health with everyone, young and old.

She explained that “children are uniquely placed and can help spread the eye health message to family and friends when they leave the classroom, as well as express interest and encourage their parents to take them for a sight test.”

“During the workshops we teach them that having a sight test is painless and inexpensive,” she added.

Volunteers can be anyone who has the time and is willing to go into schools and run the workshops, Ms Begum emphasised, adding that current volunteers come from a range of backgrounds – “you don’t necessarily have to know a lot about the eyes as the information and materials you need are supplied by Eye Heroes,” she said.

Ahead of delivering her first workshop, Ms Begum attended a workshop run by another local volunteer, which allowed her to observe the running of the lesson and see the Eye Heroes tools being used.

“You can feel nervous at the start,” she admitted when recalling the first workshop she led, “but it’s easy and simple to do, and the children are really engaged and positive,” she added. 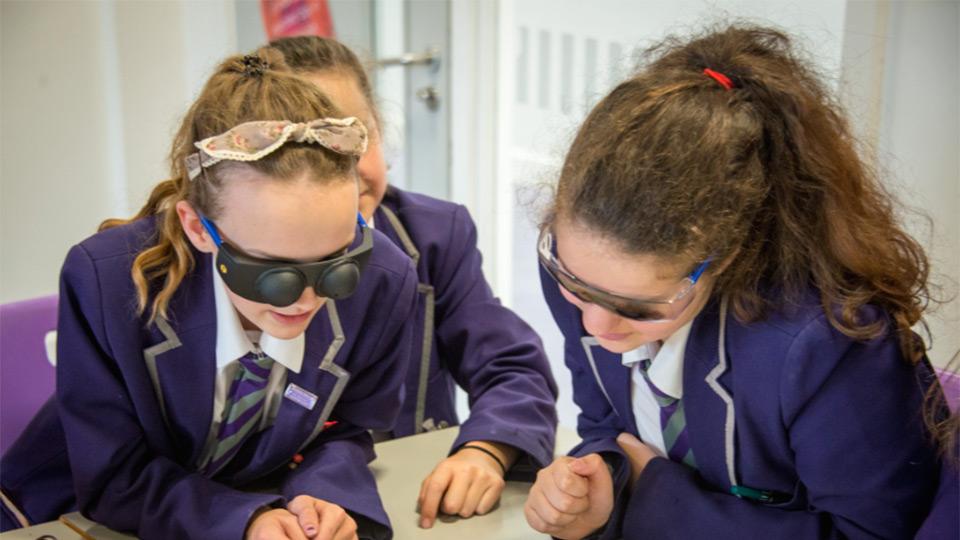 Eye Heroes was established in 2015.

Co-founder Dr Shweikh explained that the idea for the organisation came about after she observed two really “hard-hitting” cases of preventable sight loss – the first in a 13-year-old girl and the second in a 40-plus year old lawyer.

“Both cases were really tragic and difficult for me to break the news as their sight loss could have been prevented if they had regular eye tests, but going to the opticians was not on their radar,” she shared.

Wanting to change this, Dr Shweikh and service designer friend Ms Rathee worked together to create the concept of Eye Heroes, which would see children act as message carriers about the importance of eye health and regular eye examinations.

“Using children as health champions has previously been used in other facets of healthcare because they are an inherently trusted source of information – we felt using them as eye health message carriers was the perfect fit,” Dr Shweikh told OT.

A grant from the Moorfields Eye Charity enabled the duo to create the materials and website required to bring their idea into reality.

Today, Eye Heroes has more than 200 volunteers across the UK.

An impact evaluation of the work it performed in 2017 revealed that in the 12 months from November 2016 to November 2017, Eye Heroes delivered 199 workshops in 18 regions of the UK, training 2895 children about eye health.

As a result of its work, an estimated 25,000 people were informed about eye health, with 42% attending for an eye test.

Reflecting on the future of the organisation Ms Shweikh said she would like to see Eye Heroes experience a strategic roll out, with the adoption of the concept within the public health messages in school.

For more information on Eye Heroes, visit its website.