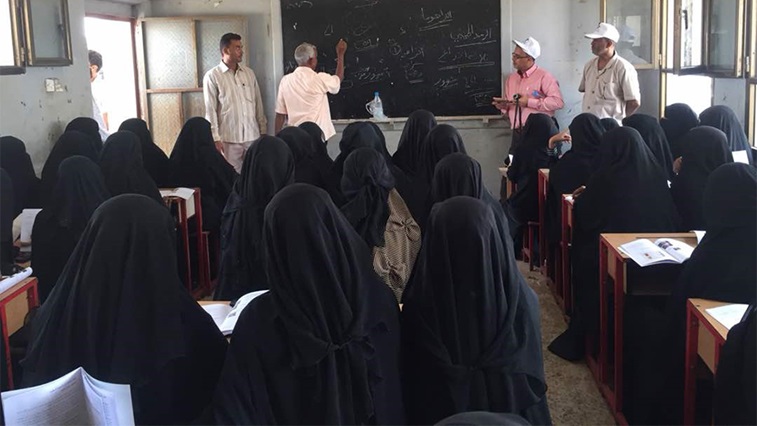 Antibiotics that are used to treat trachoma have been distributed in Yemen for the first-time ever.

More than 444,000 doses of Zithromax, which were donated by pharmaceutical company Pfizer, were taken through conflict zones by health officials to the regions of Al Hodeidah and Ibb.

Trachoma is a preventable disease that threatens the sight of those infected by it. It is spread by flies and human touch.

More than 4000 volunteers went door-to-door through 273 villages in the districts to give the drug to those in need. They also gave out wash kits that were donated by the World Health Organization (WHO), which contained soap and hygiene advice on how to prevent the disease.

Yemen’s first-ever mass drug administration against trachoma took place on 2–5 May and was the result of global collaboration between the Yemen Ministry of Health, WHO, Sightsavers, CBM UK, The Fred Hollows Foundation and the International Trachoma Initiative.

Speaking about the mass drug administration, director of neglected tropical diseases at Sightsavers, Simon Bush, said: “Making sure trachoma treatments get to the people who need it in remote and impoverished locations is challenging under any circumstances, but in a war-torn country like Yemen, the obstacles are immense.

“Yet against the odds, communities, the Ministry of Health and international organisations have come together to ensure that nearly half a million people are protected against an excruciating and potentially blinding disease. It is a huge achievement which shows what collaboration and team work can do.”

According to information gathered by Sightsavers as part of its Global Trachoma Mapping Project, an estimated 2.5 million people are at risk of the disease in Yemen.

More distributions of Zithromax are planned for other districts where a need for treatment has been identified, but no dates have been set yet.