The school has been awarded more than £45,000 as part of the People’s Project 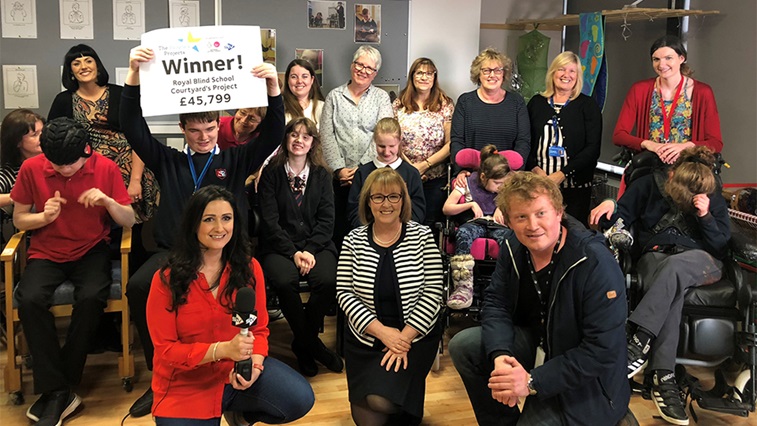 The Royal Blind School has won £45,799 of National Lottery funding, which will be used for a courtyard project.

The school, which is based in Morningside, Edinburgh, was one of five groups in the east of Scotland that competed for a share of up to £150,000 as part of the People’s Projects from the Big Lottery Fund.

The People’s Projects is an annual competition that allows members of the public to vote for their favourite local cause to receive funding. It concluded last Thursday (3 May) when staff and pupils learned of the win when it was announced by STV2 on its Live at Five show.

The school was one of three organisations to win the top level of funding in its region and will use the grant to purchase specialist equipment for its outdoor lessons, as well as for specialist playground equipment that can be used by children with disabilities.

Deputy head teacher at the Royal Blind School, Dominic Everett, said: “We are absolutely over the moon to have secured the funding, which will go towards enabling our pupils to learn and play outside. We are so grateful to everyone who voted for us and I am very proud of our pupils and staff who represented the Royal Blind School throughout the People’s Projects campaign.”

Mr Everett explained that the funding will enable the school to enhance its Sensory Play, Active Play and outdoor learning through the creation of a kitchen garden.

“Crucial things that sighted people take for granted need to be taught to and nurtured with our children and young people. The courtyard improvements will have a significant impact on the development of pupils at the Royal Blind School,” he added.