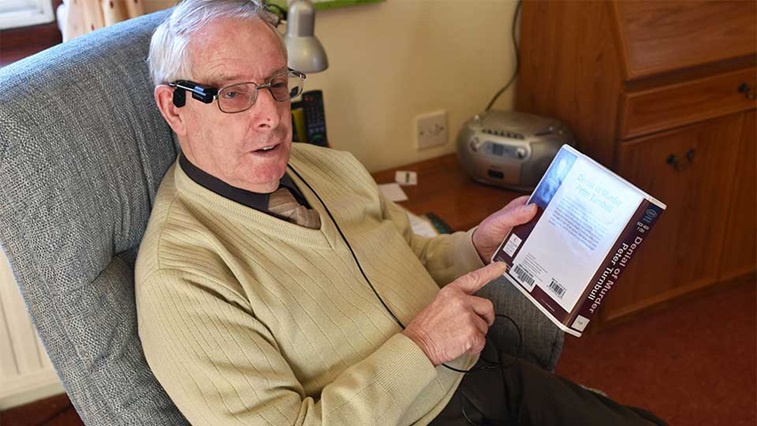 A Scottish war veteran who is visually impaired has regained his independence after being given the OrCam MyEye device by a charity.

Rob MacLaren, who was diagnosed with Stargardt disease in 1994 and has adapted to his deteriorating central vision over the last two decades, was given the state of the art device by Scottish War Blinded.

The gadget, which consists of a small camera that is fixed to the arm of a pair of spectacles and is able to turn text into speech, has enabled 83-year-old Mr MacLaren to regain some of his independence.

The pensioner said: “It is a fantastic gadget and it makes a big difference to the day-to-day tasks. I can read letters, pick out an audiobook at the library and go to the supermarket to do my shopping without help.”

Mr MacLaren joined Scottish War Blinded eight years ago and was eligible for membership having completed two years' National Service. The charity offers free support to ex-Service men and women of all ages, whether they lost their sight during or after service. It offers rehabilitation and training to its members to aid them in adapting to sight loss.

For more information on Scottish War Blinded, visit its website.