"A new lease of life" 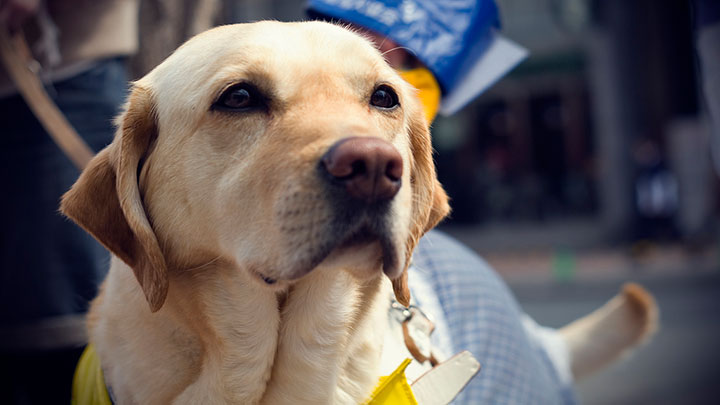 An entrepreneur living with retinitis pigmentosa has created a documentary sharing his experience of being a first-time guide dog owner.

Daniel Williams, who was paired with guide dog Zodiac six weeks ago, told OT that the experience had transformed his daily routine.

“It has given me a new lease of life,” he shared.

Before Mr Williams became a guide dog owner, he preferred to take a taxi rather than walking because of the stress of navigating the city with vision loss.

Now he is more confident going out during the night and prefers to walk places when he can.

“Before, I would still go out but I would do it reluctantly. I was worried that I would bump into street furniture or people. I was fearful that I would cause myself or other people harm,” Mr Williams observed.

He told OT that part of his motivation behind making the documentary was to give the general public insight into guide dog etiquette.

Mr Williams highlighted that stroking or making eye contact with a guide dog can be distracting and potentially risky – for example, when he is crossing the road.

“Some people don’t understand that it is a working dog. They don’t realise the impact of what they are doing,” he shared.

“You can stroke guide dogs when they are not working but it is about asking the owner if it is OK,” he added.

Mr Williams explained that putting on a harness is a signal to the guide dog that it is time to concentrate.

“It is like when you go to work and you put your uniform on. When you take the harness off, the dog knows it is play time,” he said.

Other simple steps that can make life easier for guide dog owners is to pay attention when walking on the footpath and to vacate priority seats when on public transport.