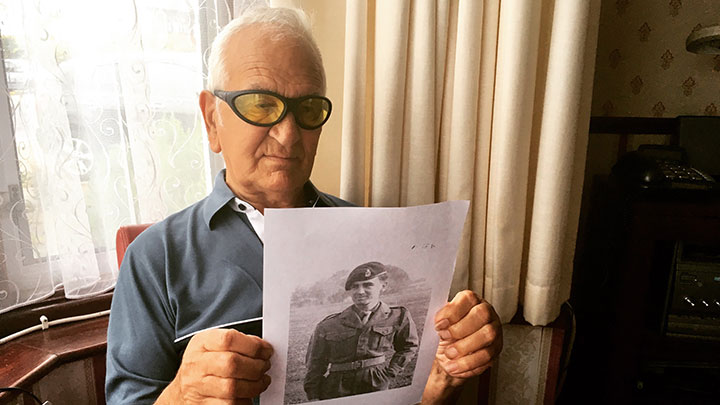 Blind Veterans UK has issued a reminder to veterans who are struggling with sight loss of the support that the charity offers, following research that reveals the level of public awareness of veterans.

New research that has been conducted by nfpSynergy, on behalf of Blind Veterans UK, found that 54% of the British public do not consider those who have completed national service to be veterans.

A further 57% of the public do not consider those who have served in the Armed Forces but have never seen active conflict to be veterans.

In response to the findings, the national charity has expressed its concern that misperceptions of who is a veteran may stop ex-service men and women living with sight loss seeking out support.

Chief executive officer at Blind Veterans UK, Major General Nick Caplin, said: “At Blind Veterans UK, we want to send out the message loud and clear that whenever you served and however you lost your sight, you’re a veteran to us and deserving of our support.”

The charity is launching a new campaign during the remembrance period to reach out to veterans who could be receiving its free services and help.

This includes radio advertising and Facebook adverts. It is being backed by TV presenter and Royal Air Force (RAF) veteran, Johnny Ball.

Mr Ball, who provides the voiceover for the radio advert, said: “I’m proud to be backing the campaign by Blind Veterans UK to reach out to more veterans battling sight loss, particularly those who we might not generally think about as veterans.”

The campaign is also being backed by national service veteran, Ken Towsey, who lost his sight because of glaucoma. He started receiving support from Blind Veterans UK in 2016 and is encouraging veterans and people who might know a veteran living with sight loss to speak to the charity.

“Thanks to Blind Veterans UK I’ve tried out new activities like archery and mosaic making, but I’ve also been given things to help me in my daily life, like a plate with a raised lip so that I can eat my dinner without making a mess. It’s small things like that, which have really given me back my independence,” Mr Towsey said.