The charity launched the campaign, which aims to raise funds for one million cataract operations, in 2014 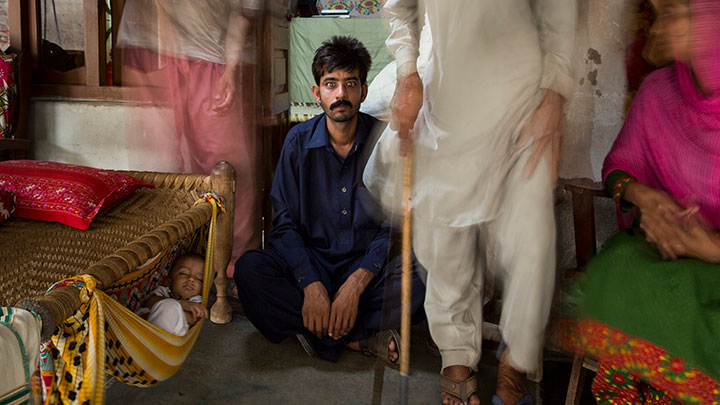 The Million Miracles initiative, which was launched in 2014, aims to raise enough funds to pay for one million cataract treatments for adults and children in developing countries.

Supported by the Government through its UK Aid Match scheme, all donations made to Sightsavers’ Million Miracles appeal will be matched pound for pound, doubling the impact of the UK public’s support.

To date, enough funds have been raised to pay for more than 811,000 surgeries.

Renewing the appeal with government match-funding agreed from today until 9 January 2018, Sightsavers is hosting a public exhibition at London’s Southbank showing the transformative impact on people’s lives of cataract surgery.

Highlighting the importance of campaigns such as this to help prevent avoidable blindness, today The Lancet published research that predicted that the number of people who are blind will triple by 2050 unless work to prevent this is increased.

Sightsavers chief executive officer, Dr Caroline Harper, said: “I am very concerned to hear that the levels of avoidable blindness, which had been steadily declining, are now projected to increase significantly over the next few decades.

“This means we must redouble our efforts, especially to treat cataracts. Our partnership with the UK Government will put fresh impetus into our Million Miracles campaign – we are over 80% of the way there so this is the final push to reach our target”

Cataract is among the most easily treatable conditions in the UK, but in many developing countries, a lack of available treatment means cataract is a growing sight-threatening problem.

International development secretary, Priti Patel, commented: “Around the world, millions of people are suffering from preventable visual impairments, but Sightsavers is providing the life changing help that’s needed, restoring the sight of people in some of the world’s poorest countries. The Million Miracles appeal will fund the surgery needed to give people back their sight, enabling them to build a bright future for themselves and their families.”