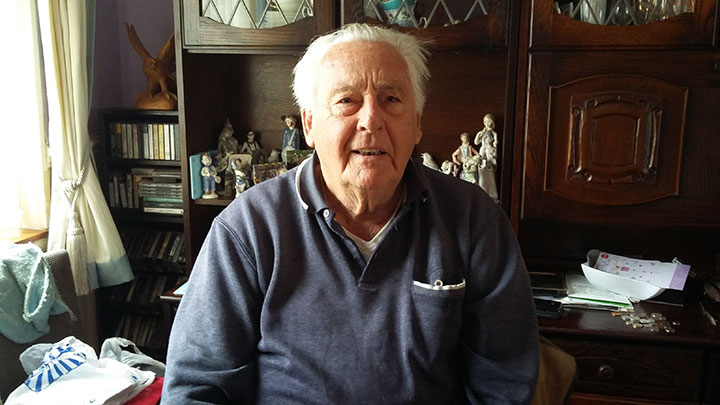 A Royal Air Force (RAF) veteran is urging people living with sight loss to seek support this National Eye Health Week (18–24 September) so they do not struggle alone.

Norman Green, 87, joined the RAF in 1950 and lost his sight later in life due to macular degeneration.

After his wife of 61 years passed away, Mr Green struggled with becoming a widower and dealing with being blind on his own.

He said: “It’s hard to admit that you’re going blind, particularly when you’re used to being independent. I’ll admit my pride stopped me seeking help when I probably needed it the most. I wish now that I’d got in touch with Blind Veterans UK much sooner.”

Talking about the help he has received from the charity, Mr Green explained: “I’ve stayed at the charity’s centres several times and I’ve met other blind veterans, which has made me feel less lonely. I’ve also been trained in how to use a tablet so that I can contact my family who live on the other side of the country.”

“To blind veterans like me I’d say this: don’t struggle with sight loss alone, because there is support out there,” he added.

The charity estimates that there are currently over 850 blind veterans in Nottinghamshire that would be eligible to access its specialist support, most of whom are not currently aware of it.