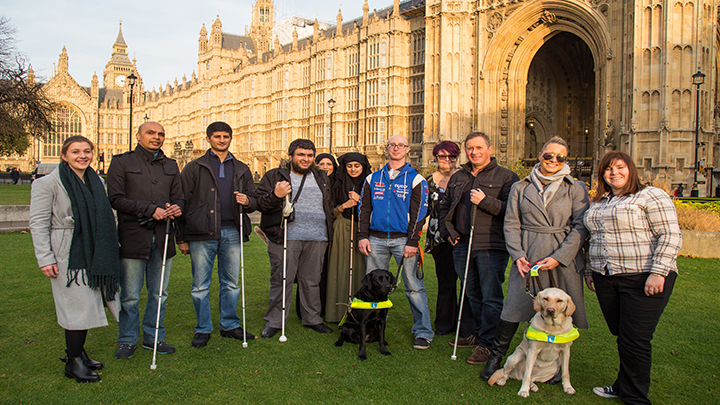 Representatives from the Birmingham Sight Loss Council have visited Parliament on a specially designed tour for people with sight loss.

The interactive tour allows those with vision impairment to touch the interior design and statues, as well as sit in the Speaker’s Chair. While Parliamentary tours do not usually incorporate these features, this adapted tour allows those who are blind or partially sighted to fully immerse themselves in the parliamentary experience.

Reflecting on the tour, Birmingham Sight Loss Council’s, Mohammed Rashid, said: “I found the ‘Tactile Tour’ of the Houses of Parliament very informative. We were encouraged to interact with and feel every part of the tour. This tour gave us a greater understanding of what happens in Parliament, which will support our preparation for the work we are doing in the Birmingham Sight Loss Council.”

The Birmingham Sight Loss Council was established to represent the 30,000 blind and partially sighted people living in Birmingham. Visually impaired people are recruited to act as mediators and lobbyists to support and drive change for those living with sight loss. It is funded by a national charity, the Thomas Pocklington Trust.