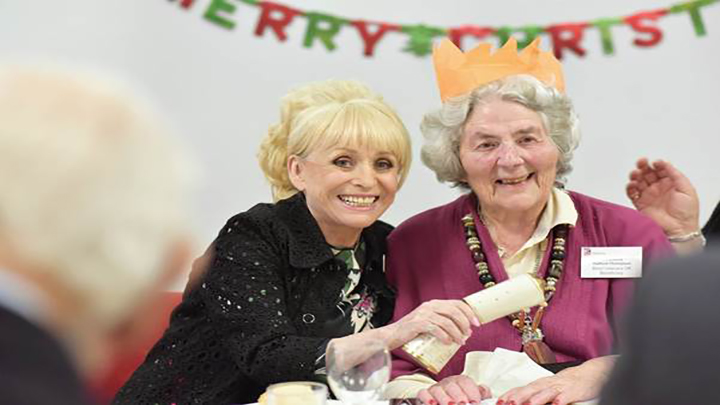 The veterans, who are beneficiaries of the charity, were invited for Christmas lunch to mark the launch of Blind Veterans UK’s first piece of research into veterans’ social isolation.

The charity, which offers support to veterans of all ages who have experienced sight loss, has stressed that the findings “overwhelmingly” indicate the need for specialist support for this group of people.

Dame Barbara Windsor, who is a long-time supporter of Blind Veterans UK, said: “I want to make sure that Blind Veterans UK is reaching as many veterans as possible. No one who has served our country should have to battle sight loss alone, and no one should feel isolated or lonely as a consequence of sight loss.”

Dame Windsor encouraged: “If you, or anyone you know, previously served in the Armed Forces, or did National Service, and now suffers from severe sight loss, please encourage them to get in touch with the charity.”