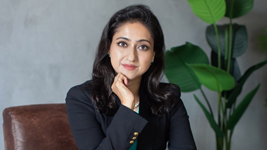 Making a blind bit of difference 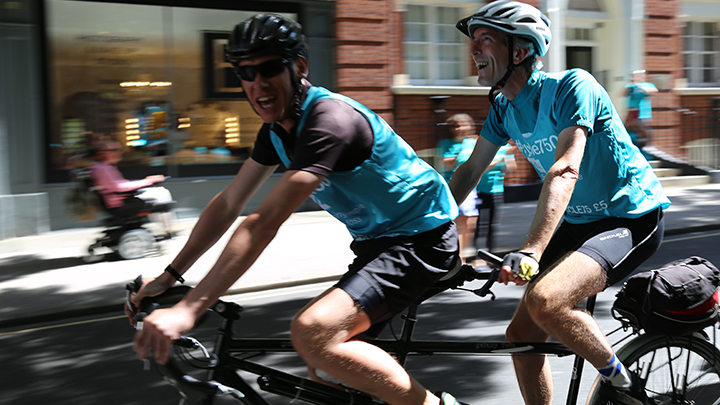 Few people are as pleased to reach London’s M25 motorway as Ken Reid was last week. The landmark meant the 57-year-old was approaching the end of his 750-mile fundraising tandem cycle challenge.

He told OT that: “It isn't a photogenic site, but it was extremely pretty to my blind eyes!”

Mr Reid rode from Edinburgh to London, via Belfast, Dublin and Cardiff over two weeks, arriving at the Royal National Institute for Blind People (RNIB) London offices on Friday, 12 August.

He highlighted that the aches of his long journey across the country began to fade as he approached his final destination, adding: “All the place names were so familiar, from books I’ve read or playing Monopoly. Each new name drew me nearer to the finish.”

When he reached the RNIB’s Judd Street offices in King’s Cross, he realised the whole team had come out to welcome him.

“The noise was terrific, I couldn’t hear Matt, my [bicycle] pilot, speak. I was a bit naughty and sat up in my seat and waved with both hands to the crowd. I had thought I might cry, but the amazing excitement of all the people applauding me just made me smile hugely,” he emphasised.

The money will go to the RNIB’s Talking Book service, which offered Mr Reid a “lifeline” as he lost his sight to retinitis pigmentosa. He was diagnosed with the condition in his 20s.

While he described the physical challenge as tiring, Mr Reid said he drew inspiration from the people who helped him reach his goal.

“I was hugely stimulated through any tougher moments by the relay of fantastic [bicycle] pilots who rolled up and took on the challenge, each in their own way. I also found the enormous generosity of people on the way round stopped me ever feeling it was too hard to carry on.

“Gifts in kind of tea and cake, dinner and even bed and breakfast all flowed freely, not to mention the ongoing donations in cash in hand or online. With all that, I could never feel it was tough,” he explained.

To find out more about Mr Reid’s challenge, or to make a donation, visit his JustGiving page.