Charity calls for more AMD research to be funded 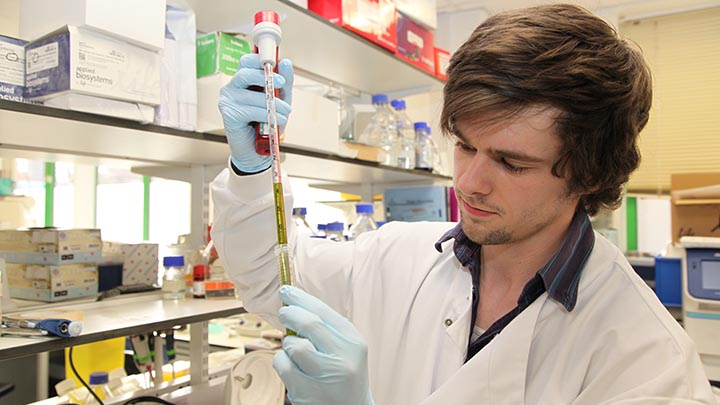 More than 60 leading UK vision researchers, ophthalmologists and institutes have backed a call from the Macular Society for more funding to be made available for research into macular degeneration.

Releasing a “landmark” report that highlights the current lack of investment into age-related macular degeneration (AMD), the charity describes the situation as “urgent” and believes that publically-funded bodies have a duty to pledge more resources into research on the condition.

The number of people affected by AMD is rising, with it estimated to affect 1.3 million people by 2050. Yet the condition has a “low priority when it comes to publically-funded research and investment,” the charity said.

Chief executive of the Macular Society, Cathy Yelf, is urging researchers into blinding disease, vision-related charities and people who are blind or visually impaired to speak out about the low levels of funding for research into sight loss and AMD.

Ms Yelf said: “Macular degeneration represents a huge cost, care and societal burden, yet it does not receive a level of research funding proportionate to its impact.”

She added: “Alongside the devastating personal consequences of sight loss, AMD costs the UK £1.6bn annually and the number of people with AMD is expected to double by 2050. It’s an urgent public health issue.”

While AMD is the third most common cause of sight loss globally and the most common in the developed world, statistics show that just one fifth of 1% of public research funding was directed at AMD in 2014.

The charity’s Age-related macular degeneration: collaborating to find a cure report has already received official endorsement from a number of UK leading institutions, ophthalmologists and researchers, such as The Royal College of Ophthalmologists, the UCL Institute of Ophthalmology, Moorfields Eye Hospital, Oxford Eye Hospital, Southampton General Hospital and Queen’s Medical Centre in Nottingham.

Professor Carrie McEwan, president of The Royal College of Ophthalmologists said: “AMD is the commonest cause of blindness in the developed world and the numbers of patients affected will continue to grow. It must be considered a research priority in order to identify ways to prevent the development of AMD and to treat those affected as early and as effectively as possible.”

Also supporting the report, chief executive of Vision 2020, Mercy Jeyasingham, said: “The increase in incidence of AMD is an important public health issue. It is vital that we increase funding for medical research into eye health to help us improve our understanding of eye diseases, which have a devastating impact on the lives of the people affected.”

The report recommends bringing researchers together in a unified approach to AMD research, and securing a new funding model to support this research.

Over coming months, the Macular Society will continue to share and promote its research case to targeted stakeholders throughout the UK.

It hopes that the report will encourage more charities to consider contributing some of their resources to medical research.

The full report is available by emailing [email protected].

Share your views on the "urgent" need for more research funding into AMD on the AOP's community forums.