The School of Optometry has loaned equipment including slit lamps, ophthalmoscopes, visual field screeners and tonometers to support eye care for athletes during the games

Volunteers from Aston University’s School of Optometry have begun working at the Birmingham 2022 Commonwealth Games (28 July to 8 August), as part of the team providing emergency eye care for athletes.

The volunteers form part of a wider team running health polyclinics presented by Canon Medical, across three sites at the University of Warwick, University of Birmingham and the National Exhibition Centre.

Athletes and the wider Birmingham 2022 community are able to access emergency eye care at the clinics, including emergency access to glasses and contact lenses. Polyclinics open every day from 22 July through to the end of the event on 10 August.

Professor of optometry and physiological optics at Aston University, Leon Davies, called it an “honour” to support the Commonwealth Games through the loan of ophthalmic equipment.

The service will be run by volunteers who have been provided with role-specific training from the Games medical team. The volunteering team includes academic and clinical staff from the School of Optometry: Ashok Chowdhury, Professor Leon Davies, Professor Nicola Logan, Professor James Wolffsohn, Dr Maana Aujla, Parmjit Bahia and Peter Williamson.

Davies, who led the set-up of the clinics, said: “I am proud of my colleagues who have volunteered to help run the clinics,” adding, “We are excited to provide athletes’ eye care whilst they are here in Birmingham.” 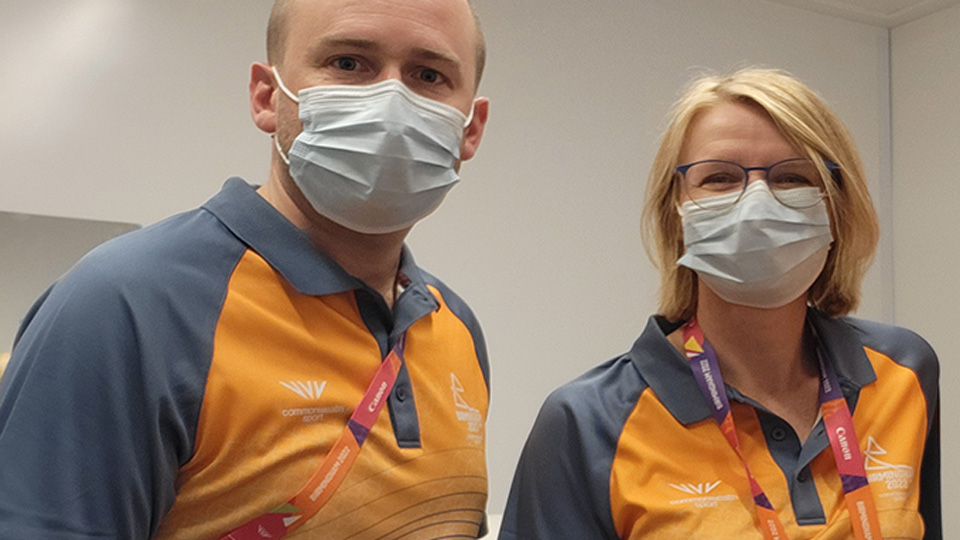 Aston School of Optometry professors, Leon Davies and Nicola Logan, are volunteering in the polyclinics
“We appreciate some may have travelled long distances, so on arrival might need to seek advice regarding a range of eye health issues. This could include anything from dry eye (due to a long flight), seasonal problems affecting eye health, or an issue with their spectacles or contact lenses,” he continued.

Data from Glasgow 2014 suggests that demand for the clinics could reach over 500 eye health encounters. Previous multi-sport games also found that eye clinic services account for 10% of all medical interactions, Aston University shared.

Professor James Wolffsohn, head of the School of Optometry and volunteer at the Games, said: “I am delighted that our expertise and equipment are being used to set up and run the eye health polyclinics.”

“Having had a similar role at the 2012 London Paralympics, I know this service is vital for our athletes and the wider Games family, who often don’t have access to this level of health care back in their own countries.”

Wolffsohn added: “We are proud to be a part of the Birmingham 2022 Commonwealth Games.”

Diagnostic imaging services in the three specialist sports medicine polyclinics will support the more than 4500 athletes from 72 nations and territories during the games.