“There is a huge unmet need”

At 100% Optical OT  chatted to Specsavers Home Visits JVP, Zetun Arif, about her love of domiciliary optometry and why others should consider this growing part of the profession

Zetun Arif is a domiciliary Joint Venture Partner (JVP) with Specsavers Manchester Home Visits. At 100% Optical, OT  caught up with her to talk about her journey into business ownership, growing her team over the past decade, and the joy of balancing domiciliary work with family life.

Could you talk about your journey into becoming a domiciliary JVP with Specsavers? 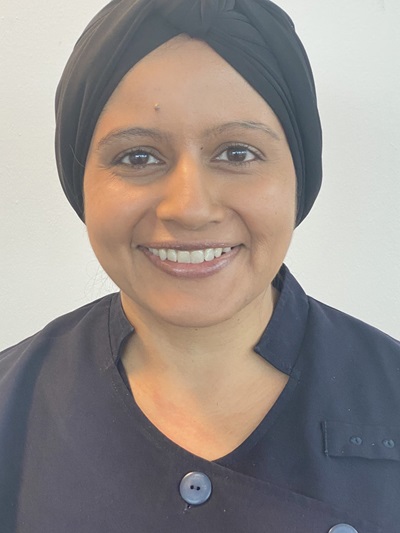 Zetun Arif
I used to work as a domiciliary optometrist for another company, which Specsavers bought nine years ago. We were given the opportunity to apply for joint venture partnership, because we were employees of the previous company. So, that's where we started.

My partner Charlotte and I were the launch partners for Specsavers Home Visits, in November 2013. We’ve got bigger and bigger – our team has gone from a team of three to a team of 28. It's going well. We love it. We wouldn't do it otherwise.

We usually cover Greater Manchester, but we’re covering a larger area than normal at the moment, from Barrow-in-Furness in the Lake District, all the way down to south Manchester and into the Peak District, and everything that falls in that catchment area.

As the team has grown, I’ve got to the stage where I'm not testing every single day. It is a business, so I'm not only an optician – I have a business to grow and lead as well, and we dedicate time to that. It's good for development, because you learn about business drivers and what certain costs mean, and about employing people and HR. It's very well-rounded.

It's obviously a different set of skills from optometry, which is what you trained to do. Did you find that difficult, or did picking up the business side come quite naturally?

We have had to do a lot of development, which is ongoing. I think that’s a good thing with Specsavers – it’s continuous development. There’s always something new to learn. We tap into other businesses and ask them, “How are you doing this? What works well for you? Can I transfer that to my business?” Initially, as an optician, you've got to slightly change your mindset to say, “actually, I'm a business owner. I've got to act differently, and I’ve got to learn things a bit differently.”

My love of optometry, especially my love of domiciliary optometry, means I don't think I’ll ever get to a stage where I wouldn’t be on the road

My love of optometry, especially my love of domiciliary optometry, means I don't think I’ll ever get to a stage where I wouldn’t be on the road. I just have to temper that with running the business side of things as well. You’ve got to balance it.

Optometrists are often worried about the level of equipment that they’d have if they were to go into domiciliary setting, and whether they’d be able to do the same level of test that they would in practice. Could you provide some reassurance on that?

It has got to be patient-centred. If you’re doing tests for the sake of doing tests, you’re not actually getting much out of it. If you’re doing everything that someone needs, that’s the important thing. When people ask what I do, I quite often tell them to think of being at university. It’s how you were taught optometry. You were taught at university in that way for a certain reason. And that’s where you go back to.

Are there big adaptations that you have to make in that setting?

You find that every person’s house that you go to is different. As a resident, you quickly get used to walking in and working out what your test room will look like: you know where the lenses are going to be and where the charts go. In domiciliary it is different every single time, but you get quite agile, making your test work for you and for your patient and not the other way around.

Are there any myths that need to be busted around domiciliary?

I think it’s more about the kind of customer you see. Initially, people think domiciliary optometry is all about care homes and people with limited capacity, but actually you’re just seeing people who want their correction and want to be able to see what they do better. They might be 90, but it doesn’t mean they’re passive. They know exactly what they want. They want the designer frames, they want reaction lenses – they just want it in their home setting.

We also see lot of younger people with mental health issues, and people don’t think they come into domiciliary either. It’s about getting it out of your head that it’s just elderly people in a care home. It's not that. It’s people who used to go to the store, who can simply no longer get there.

They might be 90, but it doesn’t mean they’re passive. They know exactly what they want

These people have quite enriched lives. They have crafts they like to do; they have hobbies, they Skype their families in Australia. They want to continue doing all that and they want to see well whilst they’re doing it.

Do referrals for domiciliary patients work in the same way?

It depends, area to area. You have to be specific to that area, and follow the local guidelines. But also, you’ve got to be quite patient-centred. You’ve got to bear in mind what referral is going to be appropriate for that patient, whether it’s going to give them a good outcome. Are you referring for the sake of referring? You’ve got to have that conversation with that customer on what to expect from the referral, and whether they wanted to go ahead.

There is a huge unmet need, and there are a lot of people who still require the service. In some areas, it’s difficult to get that service because of the geography. There are not enough optometrists. We're recruiting and growing across the country. There is a shortage of domiciliary optometrists, because people have an incorrect perception of what it is. But it’s such a great career. Across the board, recruitment is in place.

What would you say to encourage newly qualified optometrists to get into domiciliary, specifically at the beginning?

The majority of people who do domiciliary are open to people coming in and watching them in action. So, make contact with people you know, in your area. Don’t think it’s something you can’t do because you’re newly qualified.

There is a shortage of domiciliary optometrists, because people have an incorrect perception of what it is

A lot of people are doing a split: two days or three days in domiciliary and two or three days in store. That’s a really good way of getting into it. You’re not committing all of your time to it, but it helps you build up that area of expertise.

What are the biggest advantages of this role for you?

For me, number one is patient satisfaction, and then my job satisfaction. It’s such an enriching career. You're going out and helping these people day-to-day. On the flip side, I love the fact that it is family friendly, so I can fit my family life around it. I started my business when I had a toddler and a newborn. It’s worked well for my family. We can do things; we have weekends off. If we need to flex my working time according to family schedules, we can do that. I think that’s the beauty of domiciliary: you can flex your day to make it work for you. You can be out enjoying the sunshine. You get to see all these lovely parts of the country, and the coastline that you never knew existed.

Is there anything else that you want to add?

People who are thinking about domiciliary should just go and try it. Don’t overthink it. It’s not a complicated or difficult job to do. You provide an advisory service to these customers, and it’s making your product and your skills in optometry better. You are honing your skills – you won’t lose any, you’ll just make them better.