“You are aware of your vulnerability as a glasses wearer”

Author and cultural commentator, Travis Elborough, on his new history of spectacles, Through the Looking Glasses

Through the Looking Glasses is a cultural history of spectacles. The book begins with theories about how the eyes work going back to ancient times. I discuss some of the first known accounts of lenses – people observing that putting water in a bowl has a magnifying effect.

Then we are into the Middle Ages with the much-disputed first creation of spectacles in around 1286 in Pisa, although there are rival claims to that. The book moves through the centuries and brings us right up to the present day, with technology like augmented reality glasses. 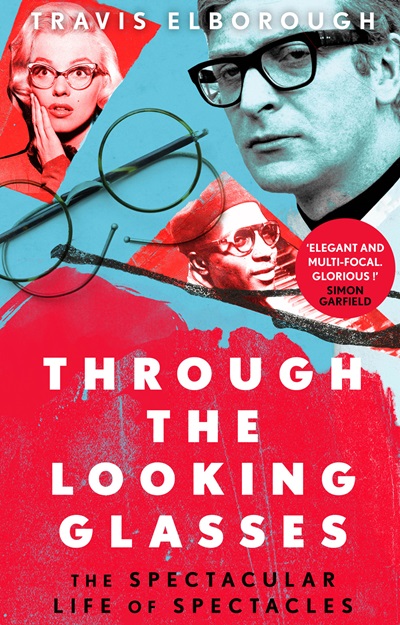 Little, Brown Book Group
There is an anxiety that comes from the first creation of glasses that ‘you are seeing more than you should.’ The idea that it is against God’s will – you are cheating in some way. The German poet Goethe hated being in the company of anyone wearing glasses because he saw them as a barrier to the soul.

There are now more myopes in the world, so we are a larger tribe. The range and variety of spectacles has exploded. Glasses have become fashionable and there is less of a stigma than there might have been in the past.

A friend of mine said ‘Do you think that people who wear glasses are gentler?’ In a way, you can’t wade into a punch up if you are wearing glasses because they will be knocked off. Wearing glasses must have had some effect on my interactions with other people. You are aware of your vulnerability as a glasses wearer.

I’ve worn glasses since I was about eight or nine. They were the standard 524 NHS spectacles in a spring-loaded case that felt like getting them out of an oyster shell. My wife wears glasses and she also wears contact lenses. When we go to bed, our nightstand looks like the opening credits of The Two Ronnies.

My wife is the only person who sees me without spectacles. Spectacles are both how I look – in the sense that they are the aid that allows me to see – but they are also very much my appearance and what I look like. My image of myself is largely one with glasses on.

My wife wears glasses and she also wears contact lenses. When we go to bed, our nightstand looks like the opening credits of The Two Ronnies

My spectacles are a horn-rimmed style in the Michael Caine vein. The first pair I got were from a vintage shop in Greenwich. They have varied a bit in shape and size since then. In a strange way they are not a million miles from the first pair of glasses I ever had.

One of the things about writing the book is that it has given me a real respect for optometry and glasses, as well as how we got to this point. It is a cliched phrase, but they really are one of these inventions that has changed the world.

Author and cultural commentator, Travis Elborough, describes the history of spectacles in his book Through the Looking Glasses. Previous topics he has explored in print include buses (The Bus We Loved: London's Affair With The Routemaster), green spaces (A Walk in the Park) and music albums (The Long-Player Goodbye).

Five facts from the history of glasses