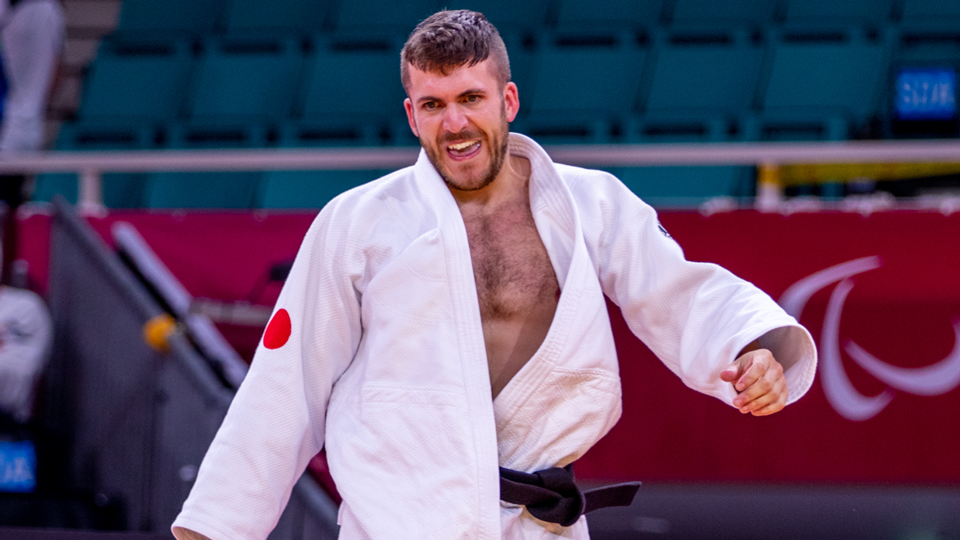 Daniel Powell, 30, from Liverpool, lives with Stargardt's disease. He returned from injury to compete in Tokyo 2020, finishing seventh.

Did you have specific support for your vision whilst in Tokyo?

Our coach and support staff have specifically supported our needs as visually impaired people, however I feel not enough was done regarding supporting visually impaired people within the village. The village itself was poorly lit, from the accommodation to walking around. The dining area was not visually impaired friendly, and with the anxiety around making everything sanitary, looking up close to see foods was frowned upon. There were limited English speaking staff, so the staff that were available were unable to tell you what the food was. I personally ended up eating the same meals because of this.

How was it to know that your partner, Libby Clegg, was competing in these games too? It must have been encouraging to be there together?

After missing out on Rio 2016 I set out to qualify for the Tokyo Games in a sport I hadn’t done for four years, so that I could experience going to the Paralympic Games with my family. It has been an amazing thing to share this experience with my partner. It has been a great opportunity to be able to support each other during these high-pressure times.

I returned to Judo because I missed the physicality of the sport, something that you just don’t get with athletics. I also hugely enjoy the training and the intensity of each session, either in the gym or on the mat.

The support is out there, be that from understanding coaches or people who can fill in the gaps that visual impairment leaves. However, it always needs to start with a level of motivation to put one foot in front of the other and get started. 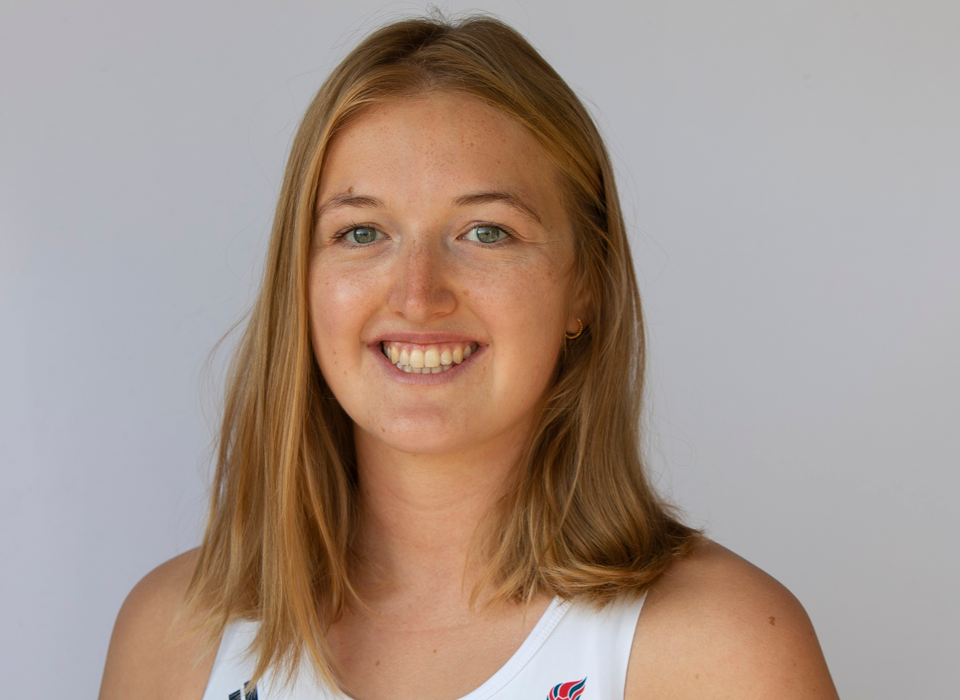 Paralympic Gold medallist Ellen Buttrick, from Leeds, was diagnosed with Stargardt’s disease while at university in 2014. Fresh from her success at Tokyo 2020, she discusses her journey to her third top-place medal.

Did rowing come before or after your diagnosis?

Before. I started rowing in 2012 during the week of the London Olympics. It was during the 2012 Paralympics that I recognised the resilience of the Paralympic athletes, and that memory was what I drew on two years later when I was diagnosed with my sight impairment that classifies me for Para-rowing.

How do you manage your Stargardt’s disease whilst you’re competing? Was there support for you in Tokyo?

We have a cox in our boat who steers and gives direction during training and in the race. She also looks out for me, as do the rest of my teammates. I am still independent, but if I need to read or find something my teammates are always happy to help. This was most useful in the food hall at the athlete village. The food hall is two stories, with food from all over the world available, so that every nationality can find something to eat. Unfortunately, the font explaining each dish was pretty small, so I needed guidance when selecting my food so that I didn’t go too rogue.

What adaptations do you have, and how do they help you?

In the boat I don’t really need adaptations because I am not required to read anything, I just need to move in time with the rest of the crew. On land though I have magnification software on the rowing machine and bikes and during tests a coach or cox will read out my speeds to me so that I can stay on track.

After winning Gold in Tokyo, you’ve now been a world champion three times – how does that feel?

Pretty incredible. I would have never expected this level of success when I first set my mind on becoming a Paralympian. I have been very fortunate to join GB’s PR3 Mixed Coxed Four, which this year celebrated its 11th year of Gold medal success. Joining such a successful crew meant that I was able to develop very quickly as an athlete and understand the high standards that were required from me.

I have found that it can be more difficult trying to pursue certain things with a sight impairment, but that shouldn’t stop you from trying. Personally, I just see it as an even bigger achievement once I succeed. You shouldn’t let a disability stop you from pursuing a dream. The support is out there; it’s sometimes just difficult to find. But once you find it, like I did with my Para-rowing squad, amazing things can happen. 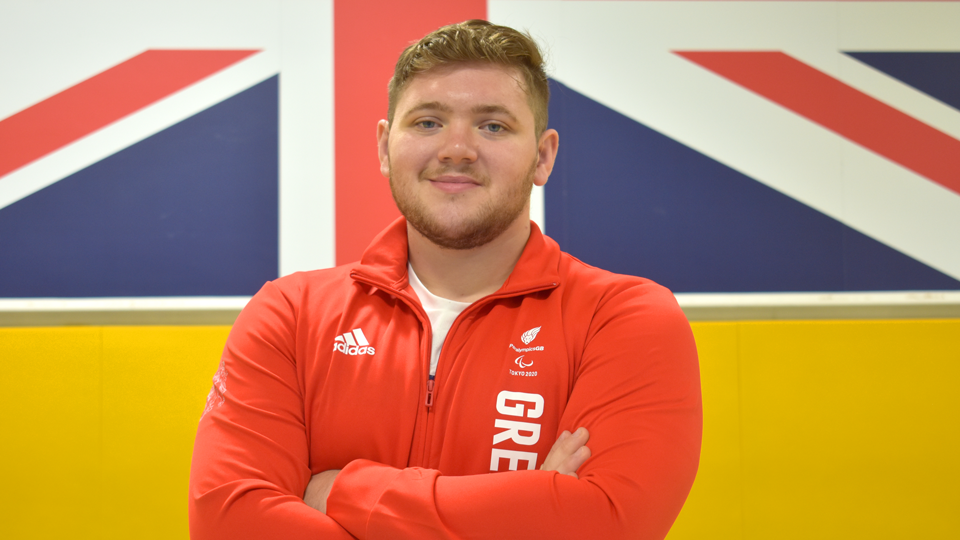 Jack Hodgson, 25, from Gainsborough, has retinitis pigmentosa and hearing loss. He explains how teammates have driven his career, and why visual impairment shouldn’t be a barrier to success.

How has the Tokyo experience been? Have you managed to socialise etc with your teammates as you might’ve done pre-pandemic, or has it been very different?

The whole experience has been very different in terms of restrictions and rules, however the buzz and atmosphere of the village remained. Japan did an amazing job at keeping it as safe as possible. We managed to socialise with our own teammates because we were in a bubble and we got to see other people on the circuit in some capacity, which was amazing after the year we've had. The whole village environment was buzzing because I think that, as athletes, we needed this more than ever.

As well as retinitis pigmentosa you also live with hearing loss. How is the process of managing that whilst competing? Have you had support from medics whilst in Tokyo this summer?

As a team we are very close and we all help each other out with any issues that we have. In terms of competition day, I'm very used to competing without any hearing and everybody on the circuit has sight loss, so that's to be expected. Fortunately, judo is one of those sports where, when you're competing, you are competing by yourself, so you are not required to hear. Myself and my coaches have developed a basic rudimentary form of communication for judo using hand signs.

How did you find the move into the classified category of judo, almost a decade ago?

I sort of fell into visually impaired judo seamlessly as the diagnosis of my vision coincided with London 2012 Paralympics, where the Paralympic movement really seemed to take off. Before 2012 not many people knew about Paralympic judo. In particular, what the team achieved and the coverage Channel 4 did of that particular Games really inspired me and our current team as the next generation. One of the British coaches that I was training with at the time, and local coach to me, is now the Paralympic head coach, and he has done an amazing job in bringing up the next team.

You train at the British Judo Centre of Excellence. How have they accommodated your visual impairment? Have they been supportive?

The British Judo Olympic and Paralympic National Training Centre has been unbelievably supportive of visually impaired judo. I believe it is one of the only fully integrated programmes, which means that both sighted and visually impaired fighters trained together at all times. As a disabled athlete you can't ask for anything more inclusive than full inclusion. Obviously, this presents some challenges, and the entire team and staff are really good with helping us out. That's not to say we are not the butt of some jokes, because we have had some spectacular fails as a team.

You’re currently world number six – what are your ambitions for the future?

My ambition is definitely to be Paralympic champion one day. Watching my friend Chris Skelley become champion and Elliot Stewart getting the silver medal has been really inspiring, and I can only hope that will be me at the next Games. As a team we know what work needs to be done, and now the hard work starts again.

Having a vision impairment is only a barrier if you let it become so. It sounds clichéd but the challenges faced are so much harder if they are faced alone. Doing a sport or pursuing a dream, whether that be judo or something else, creates a family of people who are either there to help you or trying to achieve their dreams themselves, and that in itself is inspiring. Whatever you do, don't let your visual impairment become a barrier to your own success – whatever that may be.